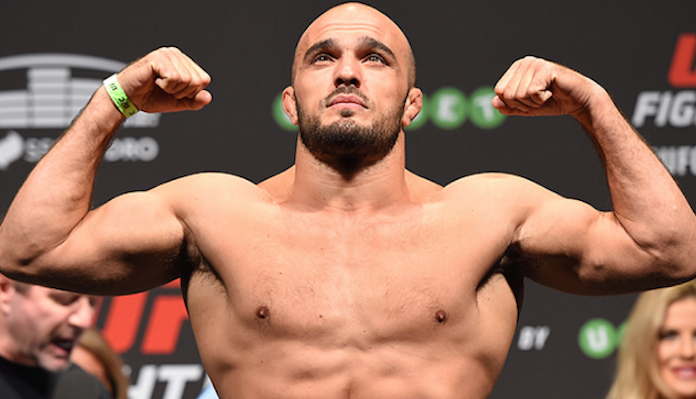 UFC 232 is shaping up to be a great card. The end of year card always seems to have some of the biggest names in the UFC on it. This year is no different.

In the main event, Jon Jones will be making his long-awaited return to the Octagon in a light heavyweight title fight with Alexander Gustafsson, while a women’s super fight will serve as the co-main event, as featherweight champ Cris Cyborg will defend her belt against bantamweight titleholder Amanda Nunes.

As if all of this wasn’t enough, the UFC announced today that Ilir Latifi will take on Corey Anderson in a key light heavyweight bout on the card. The fight could potentially serve as a backup for the main event if Jones or Gustafsson can’t make it to fight day.

Latifi will be making his second trip to the Octagon in 2018 after submitting Ovince Saint-Preux in February. The Swede is riding a two-fight win streak with a previous win over Tyson Pedro.

Anderson has been more active this year, as this will be his third fight in the Octagon in 2018. Anderson is a perennial top-10 light heavyweight and is riding a two-fight win streak with wins over Patrick Cummins and Glover Teixeira. However, Anderson is still trying to reach the mountaintop after a disappointing 2017 that saw him go 0-2 with losses to Jimi Manuwa and Ovince Saint-Preux.

Here’s the UFC 232 fight card as it currently stands:

UFC 232 already has a ton of intriguing fights, with more set to be announced soon. It would make sense for the UFC to add another light heavyweight fight, as well as a women’s featherweight fight to serve as backups for the main and co-main events. Jorge Masvidal is also hoping to make his return to action on the card.

Who do you think will win this UFC 232 fight between Ilir Latifi vs. Corey Anderson?