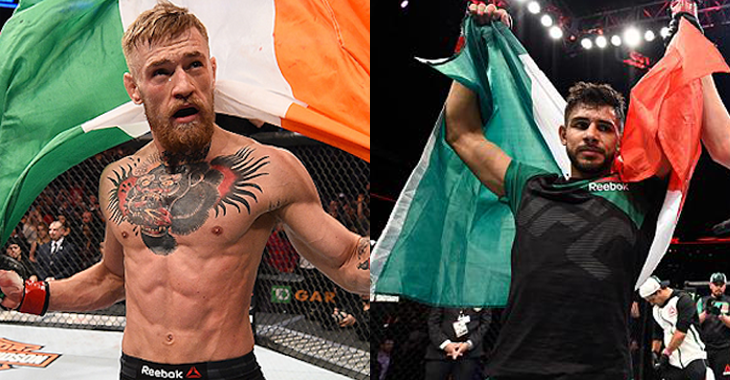 Coming off the biggest win of his career against UFC Hall of Fame legend BJ Penn, Yair Rodriguez is looking to climb to the top of the featherweight division and establish himself as the best in the 145-pound division.

Rodriguez recently spoke with Michaela Vernava on Radio Row about his huge win over a Penn, who “Pantera” says he grew up watching fight. “First of all, it was amazing for me fighting against a legend, BJ Penn,” Rodriguez said (transcribed by FloCombat). “It was a shock for me at the beginning because BJ Penn is a guy that I watched growing up, earlier in my career whenever I was a kid, I used to watch him.”

Rodriguez stated that growing up, he was enamored by Penn’s skills, watching his fights and highlight videos. However, when it came down to stepping in the Octagon against the former two-divison UFC champion, “Pantera” went in to “perform as always” with intent on one day becoming a champion himself.

With eyes on the title, there are currently two champions in the featherweight division with Max Holloway holding the UFC interim title and Jose Aldo holding the undisputed title. Rodriguez has not opted to call any particular fighter out for his next competition but was asked by Vernava about how he feels a fight would go against the UFC’s biggest draw, Conor McGregor.

“I think it will be crazy and I think fans will love it,” he said. “I don’t want to bring McGregor up because then people are going to think, ‘Oh, now he’s trying to use McGregor, you know?’ but no, I don’t want McGregor’s success. He’s got his own stuff and he’s been smart enough to build his own empire and I don’t want that. I want my own stuff. I don’t really care about him or whatever he wants to do with his own life. If he wants to go and fight in boxing, I don’t really care.

“I care about my career and if he’s in front of me, I don’t care–I will go and kick his ass. I’m just being honest, I prepare myself. I’m a winner and people don’t remember losers. People remember winners, and I’m a winner. I’ve been one all my life.”

Would you like to see a match between Yair Rodriguez and Conor McGregor? Sound off in the comments!