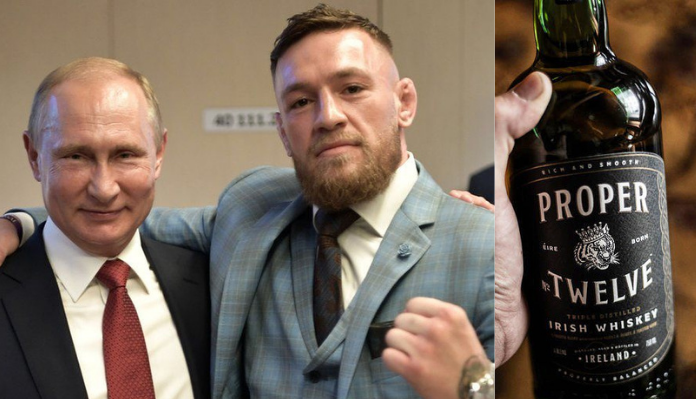 Following the Russian invasion of Ukraine, various reports have emerged exploring the relationship between Conor McGregor and Vladimir Putin.

The UFC star was a guest of the Russian president when the pair met at the FIFA World Cup in Moscow in 2018.

They posed for photographs together as the Irishman put his arm around the Russian President but was quickly warned not to do so. ‘The Notorious’ posted the picture on his instagram as he hailed Putin as one of the world’s greatest leaders.

“Today I was invited to the World Cup final as a guest of Russian President Vladimir Putin,’ wrote the the 33 year old,” wrote the SBG Ireland fighter.

“This man is one of the greatest leaders of our time and I was honoured to attend such a landmark event alongside him. Today was an honour for me Mr. Putin. Thank you and congratulations on an amazing World Cup,” he added.

The post received more than 3 million likes, but was met with criticism by some fans online. It was then taken down last month in the wake of the recent atrocities in eastern Europe.

McGregor capped the meeting with Putin by presenting a bottle of his Proper Twelve Irish Whisky. Speaking at a press conference the following year, the Dublin born star recalled how it was then tested for poison. As reported by the Irish Mirror, McGregor described how,

“President Putin’s security detail is second to none as I’m sure you know, you don’t mess around with Vladimir. So, I gifted the bottle and I gifted it to his security.

“They had to take the liquid from the bottle to make sure the liquid was safe and it was not maybe poisoned or what not and then it was gifted to Vladimir Putin,” he added.

McGregor is currently training for his long-awaited return to the Octagon. The Irishman says that he’s targeting a summer comeback. It’s been speculated that the former double UFC champion could be in line for an immediate shot at the 155lb title.

With Islam Makhachev likely to be fighting Beneil Dariush next, the path could be clear for McGregor to challenge Charles Oliveira for the belt. Despite the 33 year old riding a two fight losing streak, it’s a match-up that UFC president Dana White has refused to rule out.

Who do you think McGregor should fight next?