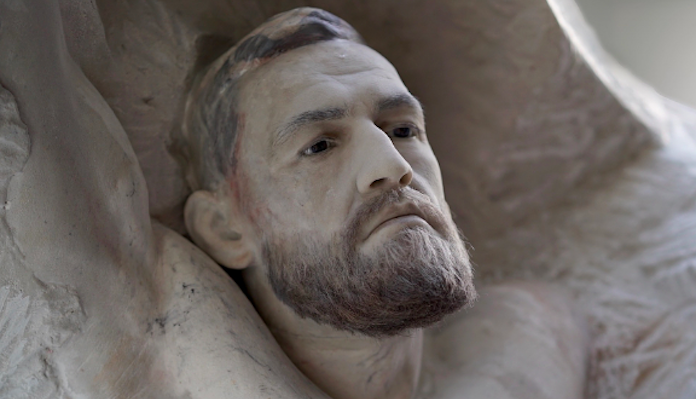 Conor McGregor will receive a pretty impressive present for his 30th birthday: a massive, marble and silicone statue of himself, valued at over £50,000 (approximately $66,350).

This statue, titled ATLAS, was carved by Birmingham-based, Lithuanian-born “hyperrealistic interpretative sculptor” Edgar Askelovic. Weighing in at more than 200 pounds, this statue will be displayed at London, England’s JD Malat Gallery from July 14 to September 30. It will then be gifted to McGregor, who has already accepted the gift.

See some photos and video of this hulking statue, via Askelovic’s Instagram page, below:

“He is a phenomenon of our time – not just a smart athlete, but also a visionary,” Askelovic told Versus of this work. “To create the piece, I looked back to antiquity, when athletes were immortalized in sculptures as gods.

“It’s up to you what you see in it,” Askelovic added. “You can see him as a prisoner, or a god, or just as a person.”

“I combined some details from a Michelangelo statue with modern day graffiti to capture the present day’s warrior sensibilities.”

Conor McGregor has not fought since August of 2017, when he lost a boxing match to undefeated legend Floyd Mayweather Jr. His last MMA bout occurred in November of 2016, when he knocked out Eddie Alvarez to win the UFC lightweight title. Despite his long hiatus, McGregor-mania is clearly still alive and well.

What do you think of Conor McGregor’s 30th birthday present?