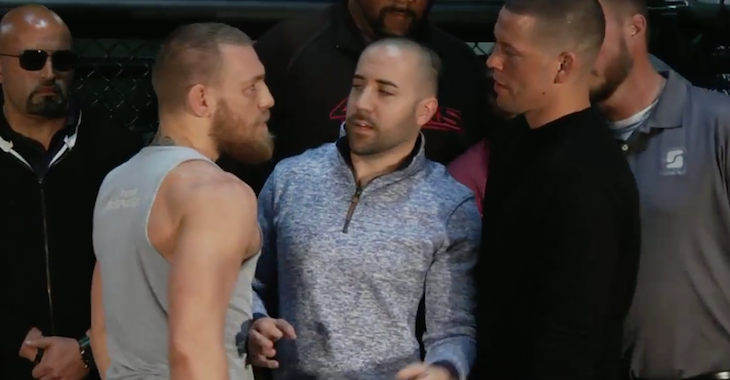 Yesterday at the UFC 196 press conference with Conor McGregor and Nate Diaz, the pair were involved in some pretty heated verbal exchanges, as many expected.

After Conor McGregor called Nate Diaz out for teaching MMA seminars to young kids, Diaz fired back by taking shots at McGregor’s past opponents.

“You knocked out three midgets and you feel pumped up. I’m a real motherf–king fighter. I’ve been fighting grownups all the time.”

Diaz is of course referencing McGregor’s size in comparison to other fighters in the featherweight division, where McGregor has been dominant thus far.