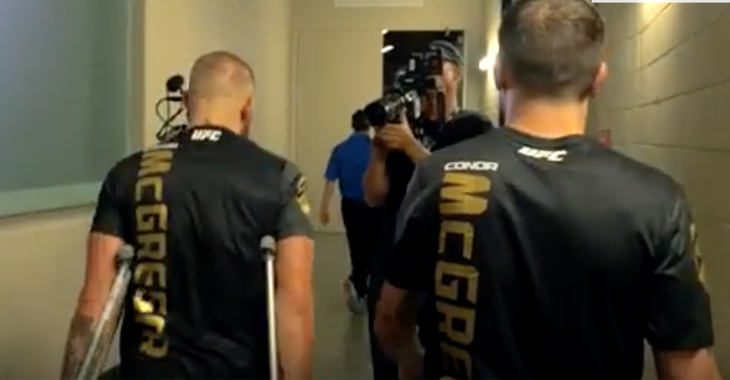 After Bruce Buffer read the judge’s decision for the main event war between Conor McGregor and Nate Diaz, it didn’t take long for the featherweight champion, who won a majority decision over Diaz, to begin limping on his walk back to the dressing room.

News surfaced shortly after that McGregor had broken his foot, and was using crutches to assist him backstage. Later in the evening, McGregor stated that his foot wasn’t broken, however his shin was hurt from the leg kicks he landed on Diaz.

When the UFC 202 medical suspensions were released, fans learned that McGregor would be sidelined 6 months if he doesn’t get his foot and ankle cleared by an orthopedist.

During a Q&A session with fans on Twitter, SBG Ireland head coach John Kavanagh was asked for a timetable for McGregor’s return.