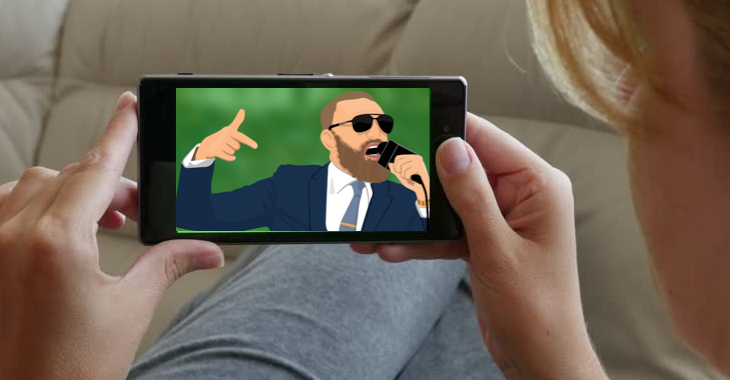 Isn’t it annoying  when you’re the biggest Conor McGregor fan on the planet and you get a text from someone that you don’t even know? Now, you can send that guy an audio clip of your favorite fighter asking, ‘who the fook’ he is. Maybe you’re a kid and your mom is hassling you to do your chores, just say no, whip out your iPhone and have McGregor tell her that she’ll do “nootin.” Hell, ask your boss for a raise and if he refuses, let the Champ Champ scream that without you, this whole f-ckin’ ship sinks! There are many, many more uses for this glorified Yak Bak that McGregor has just came out with called MacTalk. This isn’t the first time that Conor McGregor has ventured in to app creating. Right before winning double gold at UFC 205, he dropped the MacMoji app with a huge list of his own, custom little phone cartoons. Can you even imagine being able to do something like that? Man, it’s like McGregor has so much money, he can get someone to make anything that he thinks of: Phone apps, a suit with “f-ck you” pin stripes, and flamboyant paisley pants the general public can buy from designer David August. Does anyone have a direct line to the man himself? I’ve had an idea for Pop-Tarts cereal for years that I’d like to get green lit.