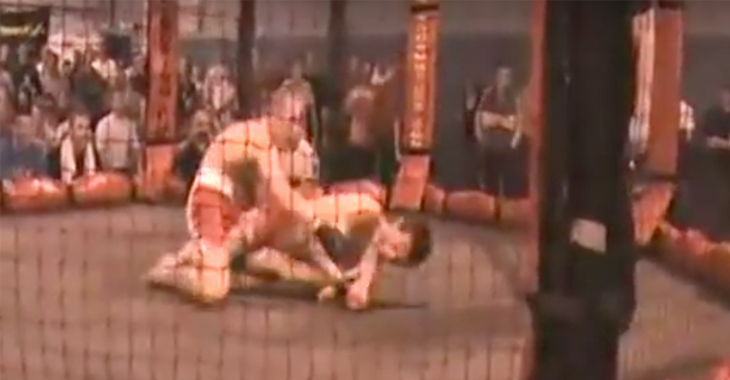 On June 28, 2008, Conor McGregor tasted defeat for the first time in his professional mixed martial arts career. It was just his third professional fight, which was at COT 3 in Dublin, Ireland where “The Notorious” met Artemij Sitenkov in the cage and was submitted with a kneebar in the very first first round.

Fast forward to present-day and the two former opponents have walked down completely different paths in their mixed martial arts careers. McGregor, now holding a 21-3 professional MMA record is less than a week away from potentially setting a new record with Floyd Mayweather for the richest fight in combat sports and is expected to make over $100 million dollars if the record is achieved. Sitenkov, on the other hand, now with a 15-16 professional MMA record, is making headlines with auctioning the fight shorts he wore the night he beat McGregor on eBay where half of the proceeds will go towards a charity. “I just found them in my closet, and somehow I figured out that those were the trunks that I defeated McGregor in,” Sitenkov told MMA Fighting. “And since I’m involved in charity, and I take some kids from the orphanage to train them for free, my acquaintance — who involved me with a specific charity — told me about a program. I don’t have a lot of money, and somehow the idea came. I thought it would be cool.

“In the context of hype about this next Conor fight, everything just felt logical and the idea came just in time.”

While McGregor is recognized around the world for what he has done in and out of the Octagon, Sitenkov has no issues with being recognized and stopped on the streets where he lives in Vilnius, Lithuania.

“Not really,” Sitenkov said. “MMA isn’t popular in my country. Of course those who trained, and those who are interested in MMA, they know about me. But nobody recognizes me on the streets. I don’t feel myself locally famous. The thing is, if you’re not a basketball player, you will not be famous.”

While Sitenkov didn’t quite achieve the personal goals he had in MMA, he is still involved in the sport as a co-founder of two gyms called the Vale Tudo MMA Academy. Sitenkov no longer trains to fight professionally and now has his focus on helping kids who are stuck in unfortunate life situations.