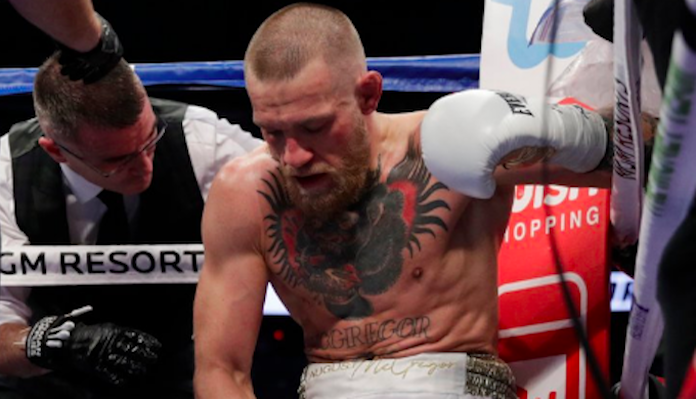 At several times over the course of his illustrious MMA career, we’ve seen Conor McGregor get tired in fights. It seemed to happen in both of his unforgettable scraps with Nate Diaz, and also in his blockbuster 2017 boxing match with Floyd Mayweather. Highly respected Tristar MMA head coach Firas Zahabi feels he knows why this happens.

He broke it down during his recent appearance on the JRE MMA Show.

“How do you have the touch of death? Where does power come from? Number one on the list, number one, is where your muscle is attached to the bone. It’s genetic. So, Mike Tyson, he has a powerful left hook not because his coach taught him how to hit a left hook. He could have hit a left hook like that if he had a mediocre trainer.”

“It has to do with the leverage of his bones,” he continued. “So, for instance, imagine a really heavy pole that weighs a hundred pounds, and I want to stand it up. Well, depending on where I grab it, I’m gonna have more resistance or less resistance. If I grab it near the end, I have more leverage. So where your muscles are attached to the bone is gonna dictate how much leverage you get out of it.”

Firas Zahabi continued with his assessment of Conor McGregor:

“McGregor, look at his stats. It’s all round one knockout, round two knockout (using) his fast-twitch, high-leverage left hand. If you take him into deep waters, his fast-twitch muscle fibers cannot metabolize with Mayweather. Mayweather’s so smart, he let McGregor work for three rounds.”

“’I knew you’re getting excited, keep working. And when you have nothing left, I’m gonna put you out.’ That was such a brilliant strategy.”

What do you think of Firas Zahabi’s comments on Conor McGregor?