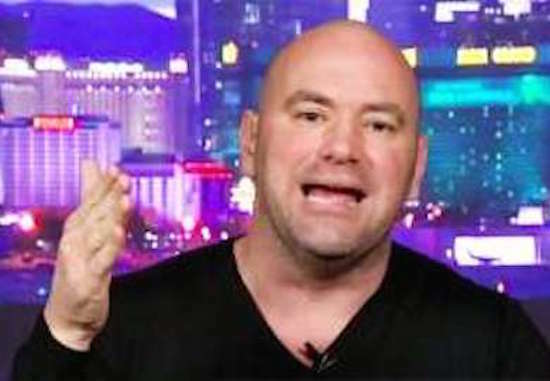 Saturday night in New York, the UFC will host what is being considered the biggest event in the promotion’s history. Headlining the event of course, is a historic lightweight title fight between UFC featherweight champion Conor McGregor, and UFC lightweight champion Eddie Alvarez, in a fight which could potentially see McGregor enter into the UFC history books as the first simultaneous two-division UFC champion.

In the past, McGregor has set several UFC records, with his recent UFC 202 fight with Nate Diaz setting the record for most PPV buys, beating out the previous record set by the historic UFC 100 card back in 2009.

Now, with McGregor set to once again headline a historic UFC event, UFC President Dana White has given his thoughts on what he believes makes the featherweight champ so special:

“What makes him special, and different than anyone else, if you look at how famous Ronda Rousey is, Ronda Rousey acts, she’s the first woman to ever come in and win a title. Yeah [a true headliner], and just exploded onto the scene. There’s a lot of reasons why Ronda became big. What makes Conor so special is, men are a dime a dozen, men have been fighting since the beginning of time. This guy broke through, and one of the reasons is, every time this guy fights…most people, when they get to the level that he’s at, the money, the fame, all the other things, they get a little skiddish. They don’t take the chances and the risks they took on the way coming up. This guy puts all the chips on the table every time he fights.”

“Believe me, I’ve been around fighters since I was 19 years old, I’ve never seen anybody like Conor McGregor, and that’s what makes him special. Plus, tell me the last time you saw a boring Conor McGregor fight. They don’t exist…or [boring] press conference, weigh in!” Only time will tell if McGregor is able to enter into the UFC’s history books this weekend when he and Eddie Alvarez step into the cage.

Give us your predictions for the fight in the comments section below!