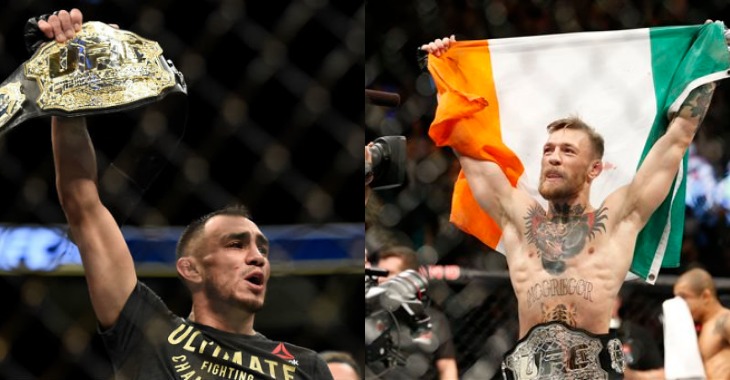 Since claiming the promotions interim lightweight title by submitting Kevin Lee at UFC 216, Tony Ferguson has been busy campaigning for Conor McGregor to defend or vacate his lightweight strap.

“El Cucuy” has issued numerous tweets directed at “Mystic Mac” with almost every social media jab including the hashtag #DefendorVacate.

Despite his efforts, Conor McGregor and his camp have acted as if “El Cucuy” and his demands do not exist.

Well that all changed earlier today when McGregor’s head coach John Kavanagh sent out the following via Twitter:

Obviously this is not exactly the response Tony Ferguson was looking for.

The brash Irish champ and “The Eagle” were recently involved in a heated Twitter exchange in which McGregor told Nurmagomedov to get on his knees and beg him for a fight.

Khabib recently defeated perennial contender Edson Barboza in the co-main event of UFC 219 in a performance that Conor McGregor labelled as “dog sh*t”.

Conor McGregor has not competed inside the octagon since November of 2016 when he defeated Eddie Alvarez via second-round knockout in the main event of UFC 205, thus becoming the first fighter in UFC history to hold two title in two different weight divisions simultaneously.

Who do you think Tony Ferguson will fight in his next octagon appearance? Sound off in the comments section PENN Nation!