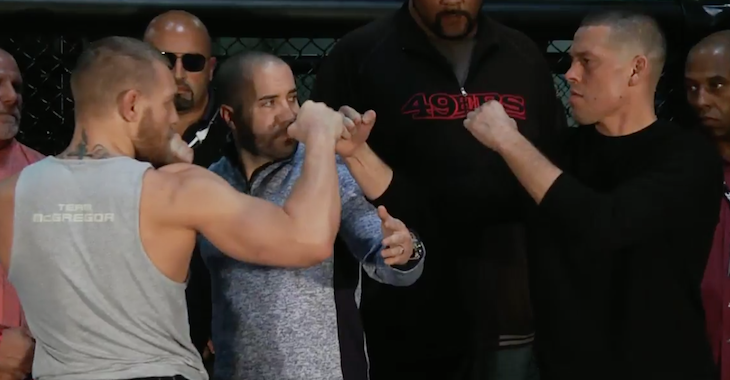 At the UFC 196 press conference Wednesday afternoon, things got quite heated between Conor McGregor and Nate Diaz, as many expected.

The pair threw verbal insults at one another throughout the course of the press conference, with Nate Diaz even going as far as to accuse Conor McGregor of using steroids.

I see a fajita. pic.twitter.com/VNfF72MNpQ