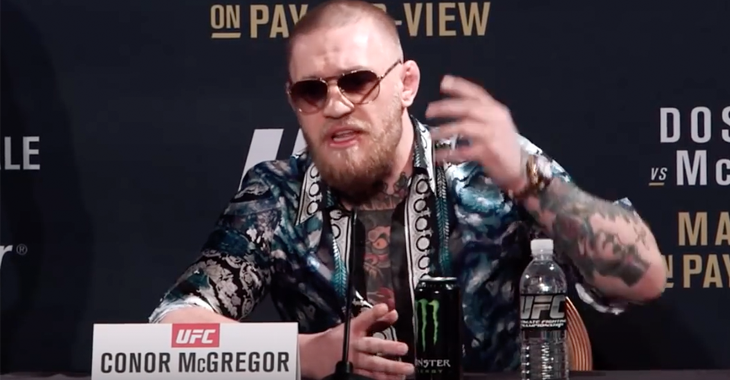 While there had been no word as to what McGregor’s big announcement would be, and Irish newspaper printed an article last month with information from McGregor’s camp stating that the champ would be taking over a year away from the Octagon following the fight in order to spend time with his girlfriend, Dee Devlin. 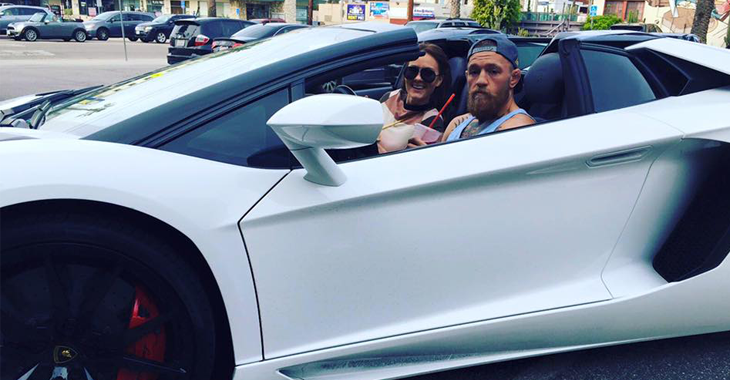 While there has been radio silence from McGregor and his camp regarding the announcement, and what it will be, McGregor was recently asked about the situation by SportingNews:

“I think you’re absolutely crazy to even mention the Irish Mirror. “Who even is that? They don’t know sh*t about me or what I’m doing. Stay tuned for what I’m announcing, but don’t be listening to people like that. People like that know nothing about what’s going on here. I’ll reveal all in time.

“I don’t know whether you can take time off with this career. I’ll just stay working and stay creating history. Stay changing the game. That’s what I’ve been doing since day one. Now we’re close to the New York debut, Madison Square Garden. We’ve broken the Muhammad Ali-Frazier attendance record of 21,000 – I’m hearing that. We’ve broken the gate record of $14 million set by Lennox Lewis and Evander Holyfield. So they’re two amazing contests and historical fights and I broke them both.”

“I’ll continue changing the game and putting it onto that next level like I’ve been doing since day one. That’s my plans.”

As McGregor pointed out, UFC 205 has already broken several Madison Square Garden records according to UFC President Dana White. The event is certainly set to be a historic one, with three title fights closing out the main card. Check out the full lineup below: