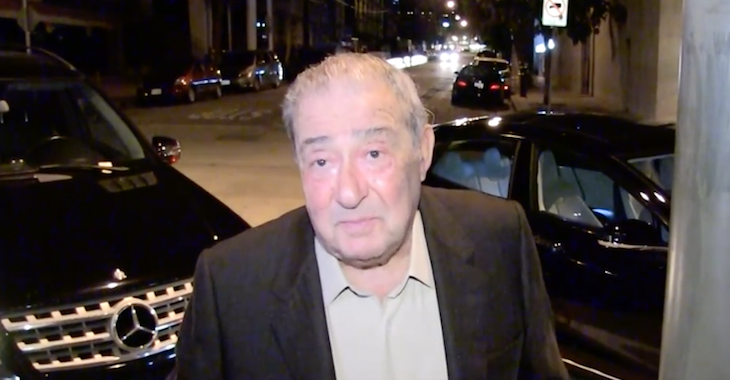 While Conor McGregor has yet to have an official date or opponent for his boxing debut, numerous high profile boxers have been calling out the UFC superstar for a potential boxing match, most notably Floyd Mayweather and Manny Pacquiao.

While Mayweather offered McGregor $15 million to accept a boxing match, UFC President Dana White was quick to counter the offer, countering Mayweather with an offer of $25 million for both men. Mayweather of course laughed off the offer, reiterating that he wouldn’t fight for less than $100 million. In the meantime, talks of a potential McGregor Pacquiao boxing match began to build momentum as Pacquiao stated that he would be happy to step into the boxing ring with Conor McGregor. While UFC President dana White shot the idea down, saying:

“Listen, I love Manny Pacquiao,” White said. “But I don’t love Bob Arum. You can tell Arum to save his money and not make any calls over here because we aren’t doing business with him.”

Now, Bob Arum has responded, to White’s comments in an interview with TMZ, saying:

“I don’t have to be involved,” Arum said. “I ain’t getting in the ring. But that’s an easy fight for Manny, and I would love for that fight to happen.”

“(The ball’s) in their court,” he continued. “If the only impediment to Manny Pacquiao fighting Conor McGregor is because Dana doesn’t like me, then I won’t be around. I would give Manny the right and the permission to fight Conor McGregor any time the money is right for Manny.” When asked if Pacquiao would really be willing to have a boxing match with McGregor, Arum stated: