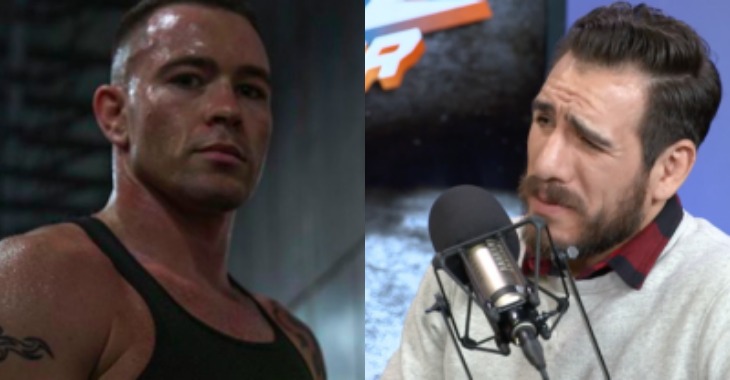 Surging UFC welterweight contender Colby Covington is not afraid to get into it with his naysayers on Twitter. The latest person to find himself on the receiving end of Covington’s Twitter trash talk is former UFC title challenger and current analyst Kenny Florian.

It began when Covington responded to a Tweet from UFC on Fox, during which UFC welterweight champ Tyron Woodley discussed the title picture.

How does @ColbyCovMMA (and others) get a path to a title shot? @TWooodley has the answers! https://t.co/k4y5E166zB

We all know #TwoFaceTyrone @TWooodley, we expect lies from him. But @kennyflorian you were 5-2 and got a title shot because when people squinted it looked like Sean Sherk was fighting Ben Stiller. You know better #SimpleJack https://t.co/hsH5iAtzNe

This Tweet prompted a response from Florian, who accused Covington of uttering gay slurs and implicating people with disabilities in his trash talk.

Ah yes, Colby Covington who uses gay slurs, now trying his best to insult referencing people with disabilities. A true class act ladies and gentlemen. 👏 Maybe after your lawsuit with Werdum you can find the time for a title shot. Watch out for that boomerang effect. https://t.co/Ofu9KUCT6T

This then generated return fire from Covington, who unleashed one of the most savage Tweets you’ll ever see, trashing Florian for his history of plagiarism, his multiple failed attempts to capture UFC gold, and the strength of his opposition.

Oh hi Kenny! I thought you got fired by fox for plagiarizing? Mustve been #fakenews huh? Tell you what, after I beat Tyrone, I give you permission to come out of retirement and lose another title fight. You don’t even have to beat Alex Karalexis, Kit Cope and Sam Stout this time. https://t.co/BfXwtdvlQd

Who do you think came out on top in this heated Twitter beef?