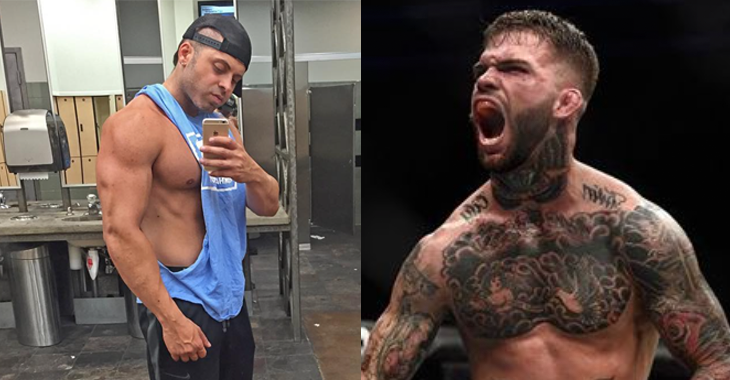 Over the last few weeks, the bizarre beef between UFC bantamweight champion Cody Garbrandt and Instagram personality / Internet troll Matthew Kline Kader has been generating quite a few headlines. This beef reached a crescendo on Sunday, when Kader arrived in Sacramento, and actually showed up at Garbrandt’s home base in Team Alpha Male – though he conveniently arrived when Garbrandt wasn’t there.

While it would have been strangely satisfying watching this madness come to a head, the fighter and the Internet troll never crossed paths. Given the fact that Garbrandt would probably leave Kader in the hospital, this is probably for the best.

Unfortunately, Kader does not seem ready to let this beef go. On Monday morning, he posted a lengthy video his official YouTube channel, during which he rambles on about Garbrandt’s “phoney” account of what what went down, craps all over the city of Sacramento, and more.

Watch this video (if you have the patience, and literally nothing better to do for the next half hour) below:

Cody Garbrandt is currently recovering from a back injury that forced him out of a planned UFC 213 scrap with his biggest rival, TJ Dillashaw. He is expected to defend his title against Dillashaw at a later date, unless Dillashaw gets his desired flyweight title fight against Demetrious “Mighty Mouse” Johnson.