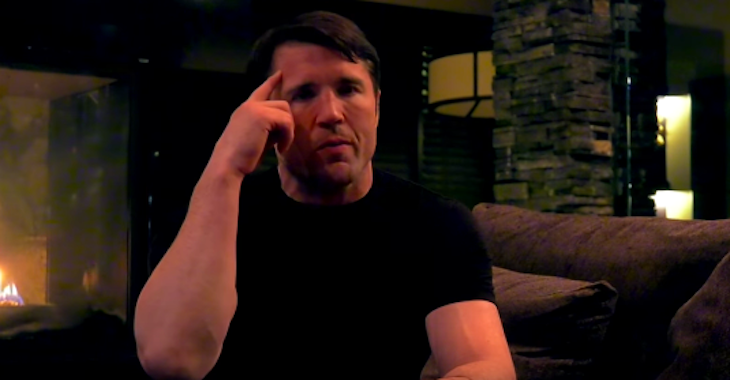 After being knocked down by Wanderlei Silva, Chael Sonnen details game plan for Quinton “Rampage” Jackson.

Former three-time UFC title challenger Chael Sonnen will return to the cage on January 20 where he will square off with Quinton Jackson in the first-round of the Bellator Heavyweight Grand Prix tournament.

“The American Gangster” suffered the first knockdown of his mixed martial arts career in his most recent outing against Wanderlei Silva at Bellator NYC this past June.

Although Sonnen was able to rebound and pulloff a unanimous decision victory after being knocked down by “The Axe Murderer”, Chael knows that he might not be as fortunate if he is knocked down by “Rampage” in two weeks.

“That’s the biggest thing, if you were to say what worries me most,” Sonnen told MMAFighting. “I have never been knocked out in my career. I had never even been knocked down. In my last fight, I got knocked down by Wanderlei. It was a very scary feeling, because I had no control.”

Chael Sonnen knows what he has to do in order to defeat Quinton Jackson on January 20 and it involves a lot of pressure and wrestling.

“His power worries me,” Sonnen said. “Boom, that uppercut. Boom, that hook. He’s a mean guy. Even when he looks like he’s not in shape, I’ve never seen the guy quit. If I could just find some video of him on Twitter somewhere [quitting], I’d feel better about it. He doesn’t quit and he’s gonna punch hard. I don’t know if he’ll prepare as properly as I will, but he competes really well. He’s gonna show up and if I’m gonna beat him I have to stay on top of him for 15 minutes. Because sooner or later, he’s gonna land one of those shots.”

Who do you think will emerge victorious when Chael Sonnen and Quinton Jackson throw down at Bellator 192 later this month? Sound off in the comments section PENN Nation!