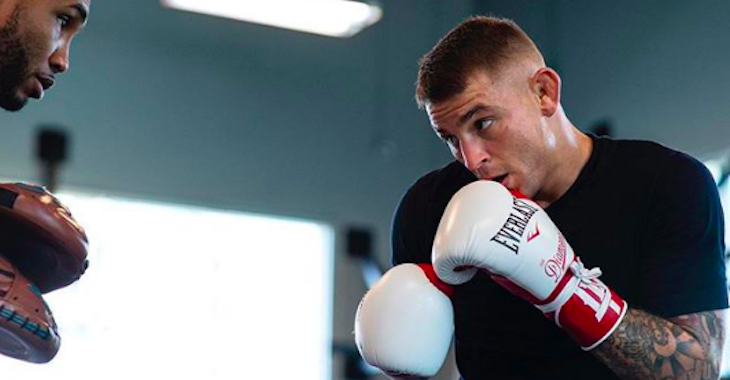 Dustin Poirier has been angling for a big fight for some time. Unfortunately, he’s had a very difficult time finding a willing dance partner.

His priority, of course, has been a rematch with former UFC lightweight champion Eddie Alvarez, who he battled to a disappointing No Contest last May. At present, however, Alvarez is riding high off a huge win over Justin Gaethje, and as such, doesn’t seem interested in getting back in there with Poirier just yet.

“Considering what I just did, that would be the silliest thing I could do,” Alvarez said of a Poirier rematch recently on The MMA Hour. “They put me against an undefeated rising star in Justin Gaethje. They were going to give Gaethje a title fight. If Justin Gaethje beat me, he was going to fight for a title. Didn’t happen. I knocked the guy out and he’s never been beat in his life.”

Who’s getting it next @Ealvarezfight@Justin_Gaethje@TeamKhabib@TonyFergusonXT ??

Given that he’s having difficulty convincing Alvarez to accept a do-over, Poirier is now willing to accept fights with other top lightweights – three others to be exact. On Sunday afternoon, the ever-dangerous lightweight contender took to Twitter where he named Alvarez, as well as Gaethje, Khabib Nurmagomedov and interim champion Tony Ferguson as potential opponents for his next fight.

When we last saw Poirier in action, he walloped former UFC lightweight champion Anthony Pettis to a thrilling stoppage win. His next most recent fight was his No Contest which Alvarez, which was preceded by a thrilling decision win over Jim Miller, and a knockout loss to Michael Johnson. Poirier is now an impressive 22-5 overall.

Who do you want to see Dustin Poirier fight next? Do any of the names on his list interest you? Join the conversation in the comments section!