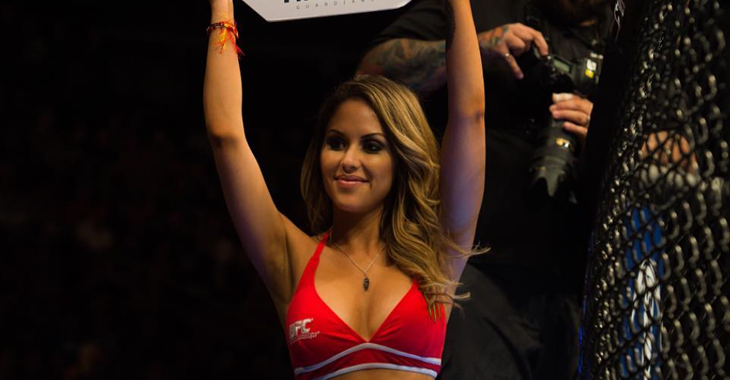 News broke this week that popular UFC Octagon girl Brittney Palmer had filed a lawsuit against her husband Aaron Zalewski stemming from an incident that saw Zalewski arrested and charged with attempted murder, spousal battery, and criminal threats on June 11th.

According to BloodyElbow, Palmer’s lawsuit, which was filed by Christopher Darden, states that the incident stemmed from Zalewski demanding Palmer leave the entertainment industry, and then subsequently demanding a divorce.

When Palmer refused to leave the industry, Zalewski got verbally abusive before slamming the UFC Octagon girl to the ground multiple times when she tried to call 911. Zalewski then allegedly pressed Palmer’s face into the bed, triggering an asthma attack that saw Palmer nearly lose consciousness.

Palmer’s lawsuit then accuses Zalewski of admitting to injuring himself so as to make Palmer look like the aggressor. Zalewski allegedly picked Palmer up and slammed her onto a bed, grabbing the back of her neck and forcing it into the pillows, causing Palmer to momentarily lose consciousness.

Zalewski even went as far as to allegedly doctor a video he forced Palmer to make, in which she ‘confesses’ to being the aggressor, consuming 3 bottles of alcohol, and attempting to jump off a balcony.

The unedited version of the tape “Defendant (Zalewski) can be heard telling Plaintiff in great detail exactly what she must now tell police.”