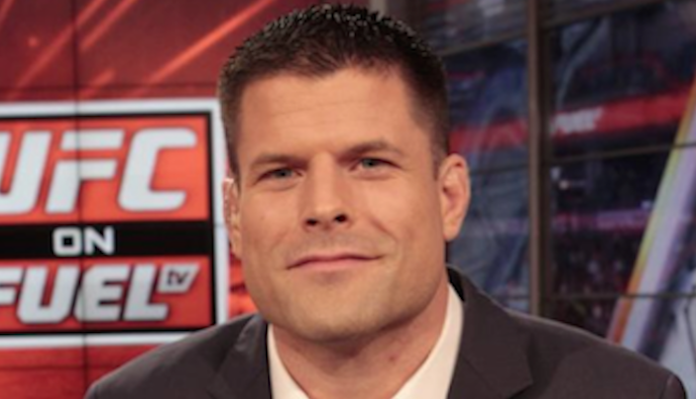 Mid-way through 2017, former UFC middleweight and light heavyweight Brian Stann announced that he would be leaving his post as a UFC commentator and analyst. As it turns out, however, that would not be where Stann’s involvement in the sport ended.

In a Thursday release, the Professional Fighters League (PFL) announced that Stann will be joining its “fighter and competition/rules committee.”

The PFL release states that Stann “will play a major leadership role on the Fighter and Competition/Rules Committee in its efforts to support fighters by developing procedures and making recommendations with respect to competition format and rules, fighter care, and athlete conduct.”

Unsurprisingly, Stann is excited about this new opportunity with PFL.

“I am excited to be a part of the PFL in its vision to bring a new format and a new platform to professional MMA,” he stated. “I know first-hand the dedication, discipline and professionalism it takes to be an MMA athlete, and I am happy to contribute to their ability to compete at the highest level.”

The promotion’s brass are also excited to work with Stann.

“I couldn’t be more excited that Brian has brought his expertise and passion for MMA to the PFL,” said Pete Murray, CEO of PFL. “Brian will be instrumental in helping the PFL build the Fighter and Competition/Rules Committee and fulfill our vision of being a ‘fighter first’ league. His resume is as impressive as his character and he will play an important role in maintaining the standards of professionalism that the PFL brings to the sport.”

The PFL’s first season will kick off on Thursday, June 7, at Hulu Theater at Madison Square Garden in New York City. The card will be headlined by a welterweight bout between Jake Shields and Ray Cooper III.

How do you think the PFL will benefit from the involvement of Brian Stann?