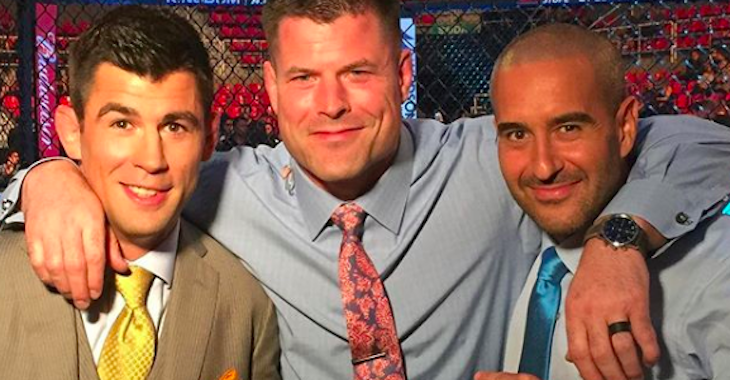 Former WEC light heavyweight champion and UFC middleweight contender Brian Stann is regarded as one of the most articulate and knowledgable commentators in MMA. Regrettably, his days as a commentator for the UFC are done.

Stann announced his departure from his commentary duties on his Instagram account on Monday morning. The former fighter is turning his attention to real estate, and an executive MBA.

I am announcing my departure from calling fights w/ the UFC. I have been offered an amazing leadership role with a fast growing Real Estate Firm and will be attending Northwestern (Kellogg) for my executive MBA this fall. Thank you to everyone for years of support, especially the athletes and coaches whom I love deeply. I will continue to be a huge MMA supporter and attend many events. Thank you to everyone from FOX and Zuffa who helped me so much in this journey. @jon_anik you are my brother and that will never change, and I cannot tell you how important your friendship has been to me. My wife @teressa_stann who has endured so much and supported me through war, fighting, and now this transition, I love forever and thank you so much. This move is to focus more on my family. I traveled 26 weekends last year for work while also working a full time job. My new role as a COO will be very difficult but still afford me my weekends with my wife and 3 children. Transition and change are a part of life and I am really excited to prove my worth to my new company and hopefully showcase the diverse skills military veterans and mixed martial artists possess. Thank you all. – Brian

We here at BJPenn.com wish Brian Stann well in his upcoming endeavours, and thank him for the years of entertainment not just as a fighter, but as a commentator and analyst. Good luck!