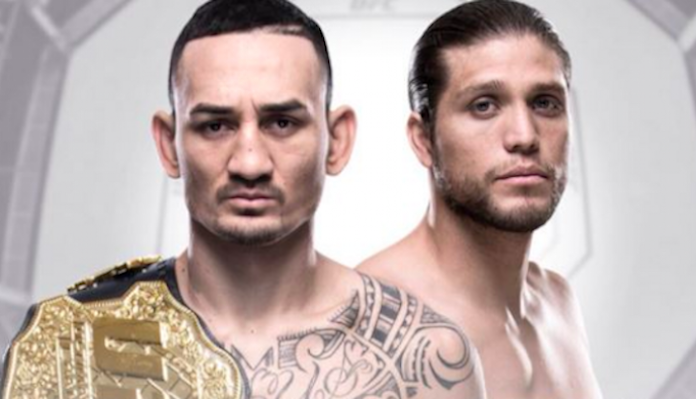 Last night, the MMA community was rocked by the terrible news that Holloway had been pulled from the fight with concussion-like symptoms — certainly not the kind of thing to take lightly.

“Max’s team and UFC staff noticed Max was not normal since late last week,” Holloway’s management told MMAjunkie shortly after ESPN first reported the news. “This became obvious to many watching his interviews and public appearances the past few days.

After this unfortunate news broke, there was a fleeting moment during which it looked as though the UFC might attempt track down a replacement opponent for Ortega, but this plan was quickly nixed. Lance Pugmire of the LA Times, however, is reporting that the fight could be rescheduled for UFC 227, which goes down in less than a month, on August 4 in Los Angeles.

Told by an official close to the situation that @BlessedMMA Max Holloway @BrianTcity Brian Ortega could be shifted to the main event at Staples Center for UFC 227 Aug. 4 depending on Holloway’s health.

“Told by an official close to the situation that Max Holloway [and] Brian Ortega could be shifted to the main event at Staples Center for UFC 227 Aug. 4 depending on Holloway’s health,” Pugmire said in a Tweet.

While this is an exciting idea in theory, it’s hard to imagine that Holloway will be fight-ready — let alone able to train with full contact — in 30 days time. Concussions typically take some time to heal.