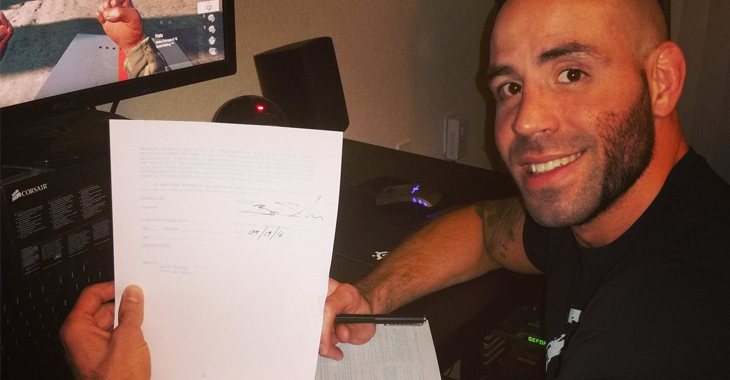 Many fans were disappointed and actually upset when they found out TUF season 6 veteran Ben “Killa B” Saunders was no longer in the UFC in August.

With going 3-1 since making it back in the UFC after a stint with Bellator, Saunders did not re-sign with the UFC after he lost to Patrick Cote at UFC Fight Night 81 in January and many believed he was cut after a single loss since signing back on with the UFC for the second time in his career. “It makes sense why people would assume that,” Saunders told MMA Fighting. “But no, man. I had sh*t going on. My management came at me saying that UFC sent over a contract, and I was gonna retire. I wasn’t interested. I didn’t care how much it was for. It could have been $100,000 and $100,000 and I didn’t even f*cking know.”

With dealing with issues outside of the Octagon and losing two grandparents during the time that his UFC contract was up, “Killa B” says he needed some time to himself.

“It sucks that I’m so vague about everything that was going on, because it makes it really hard for people to understand my point of view,” Saunders said. “But out of respect for the certain people that are involved in the situation that weren’t a part of the negative parts, I can’t get into it. All I can say is that it had nothing to do with the UFC, it had nothing to do with money.” With the time off, Saunders made it back to competition outside of the Octagon earlier this month. After a successful bout outside of the UFC at Fight Night at the Island in the main event against former UFC fighter Jacob Volkmann, “Killa B” is now back with the UFC and looks to be as excited as ever.

Saunders tweeted a photo of his signed UFC contract and said, “We back on that @ufc roster!

We back on that @ufc roster!

With leaving the USADA testing pool, MMA Fighting noted that a UFC official stated that Saunders will have to “abide by the four-month window” of testing before he can compete in the UFC again.