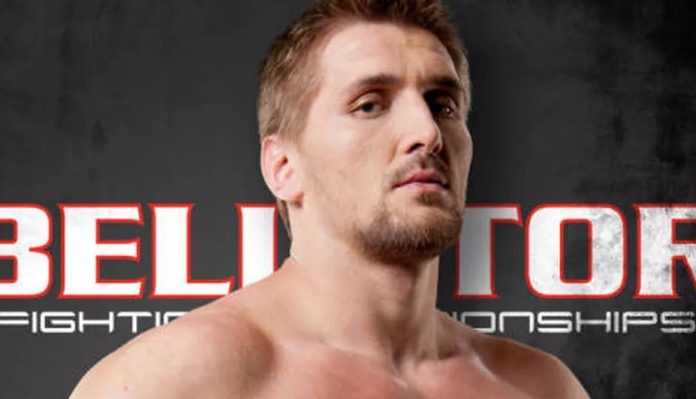 However, he won’t be returning without some controversy following him.

Minakov left the promotion in 2014 after defending the title against Cheick Kongo who he’ll be rematching in his return on Saturday. In Minakov’s seven fights that have followed his Bellator career, they all took place under Fight Nights Global. But during that time, negotiations were ongoing with Bellator according to Minakov.

In August 2018, it was announced that the 34-year old undefeated heavyweight was back with Bellator.

Forbes has now reported that Minakov and top MMA manager, Ali Abdelaziz have had a lawsuit filed against them by Minakov’s former managing agency, RusFighters LLC. The suit was reportedly filed in Orange County Superior Court on January 16.

The suit claims that Minakov breached his agreement with RusFighters LLC and Abdelaziz, allegedly, caused some intentional interference.

In addition, the complaint states that Minakov signed an exclusive agent agreement with RusFighters on February 13, 2016. Thus obligating the former champion to pay 20 percent of his gross performance compensation to RusFighters. This would then run on for the latter of three years or “until the expiration of any contract executed pursuant to the Agreement,” per the complaint.

RusFighters also made the claims that it had negotiated a contract with Bellator MMA. However, RusFighters alleges that on or about August 2018 Minakov instead used Ali Abdelaziz to work as his agent and sign his new agreement with Bellator which would be for “six fights with minimum performance compensation to Minakov of $300,000 per fight, for a total minimum value of $1,800,000.”

Depending on how things shake out, Bellator President Scott Coker has said that the winner of Minakov vs Kongo 2 will be next in line for the current heavyweight champion Ryan Bader.