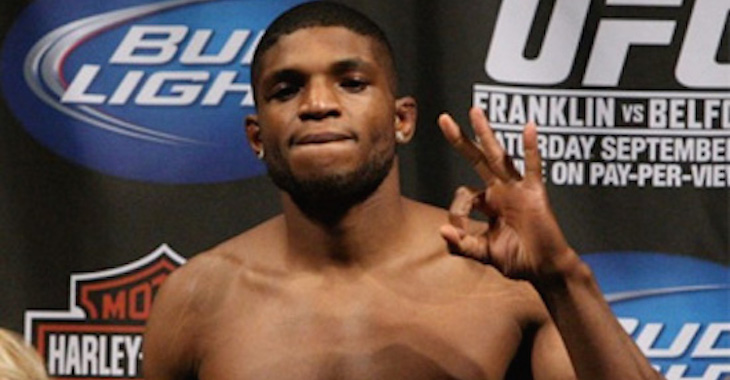 This very evening, the organization will promote a huge card in Bellator 163. This event, which will emanate from the Mohegan Sun Arena in Uncasville, Connecticut, will pit dynamic light heavyweight champion Liam McGeary against former UFC contender Phil Davis. Regrettably, Bellator 163’s lineup has been ravaged by fighter withdrawals at the very last minute.

As Mookie Alexander of BloodyElbow.com pointed out on Twitter, the main card has been whittled down by a whopping 40% in just 12 hours.

Bellator lost 40% of its main card over the past 12 hours.

This main card deflation can be attributed to the cancellation of two fights.

The first fight to be cancelled was a main card featherweight between women’s MMA trailblazer Marloes Coenen and Talita Nogueira. This bout was cancelled on Thursday evening when Nogueira missed weight by a hefty 5.6 pounds. The second bout to be cancelled was dumped onto the chopping block earlier this morning, when British striker Paul Daley was forced to withdraw from a planned welterweight bout with Derek Anderson due to weight cutting complications. Though Daley successfully made weight at 171 pounds last night, he’s apparently feeling the ill effects of that cut this morning. It is worth reminding that this not the first time the brick-fisted Brit has struggled to make the welterweight division’s 170-pound cap.

In a statement acquired MMAFighting.com, Bellator President Scott Coker shed some light on the cancellation of this planned Daley vs. Anderson bout.

“After a difficult weight cut, we, along with Mike Mazzulli from the Mohegan Athletic Commission, made the decision to pull Paul Daley from tonight’s event as a precautionary measure,” the Bellator boss said. “Fighter safety is of the utmost importance to us here at Bellator.”

With the cancellation of this Daley vs. Anderson bout, a Neiman Gracie vs. Rudy Bears fight has been bumped up from the prelims to the Bellator 163 main card.

Will you be watching Bellator 163? Sound off, PENN Nation!