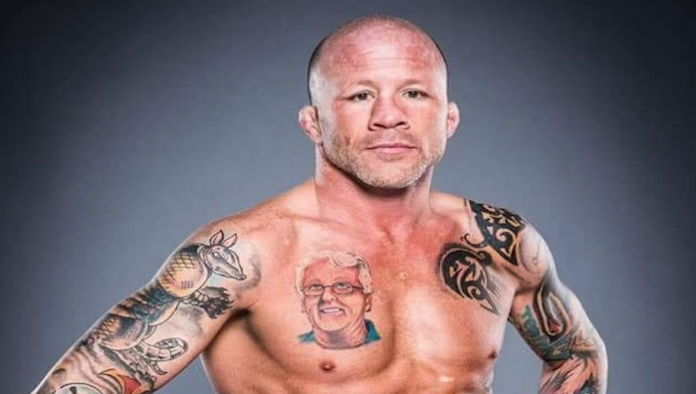 Former Bellator fighter William Joplin has passed away after a battle with pancreatic cancer, according to his family. He was 41.

Joplin’s sister Shelley shared an update on his GoFundMe page which indicated he passed away on Tuesday morning.

“It hurts to inform everybody but William Joplin lost his fight with Pancreatic cancer this morning. We could still use your help paying for cremation expenses and a memorial service.”

Joplin was diagnosed with cancer last year and battled hard just like a true fighter would, but unfortunately he lost his fight.

The fighter himself posted an update on his GoFundMe back in June where he indicated that his cancer had spread.

“Figured I would give an update an me so 2 weeks b4 my competition last the weekend b4 last I got results from ct scan and appears that it’s spreading to my colon so they are changing up my chemo this is the 2nd week of my new chemo of every 7 days for 3 weeks and off a week this week makes 19 rnds but blood count was too low I will still get treatment but they have to lower the dose but other than that not much change so that’s were we at.”

“The Armadillo” had an 18-15 record in his professional mixed martial arts career, which began in 2010. He competed for a number of promotions including Titan FC, Shamrock FC, RFA, Victory FC and most famously Bellator.

Joplin competed in March 2018 for Bellator, where he lost a decision to Juan Archuleta, who was at the time making his own Bellator debut. Archuleta represented Joplin’s highest-profile opponent during his nine-year MMA career, although he has fought a number of other fighters who fans may recognize, including former UFC fighters Walel Watson, Pablo Garza, and Jerrod Sanders.

We here at BJPenn.com would like to pass on our deepest condolences to the family of Joplin and to all of his friends for his passing.