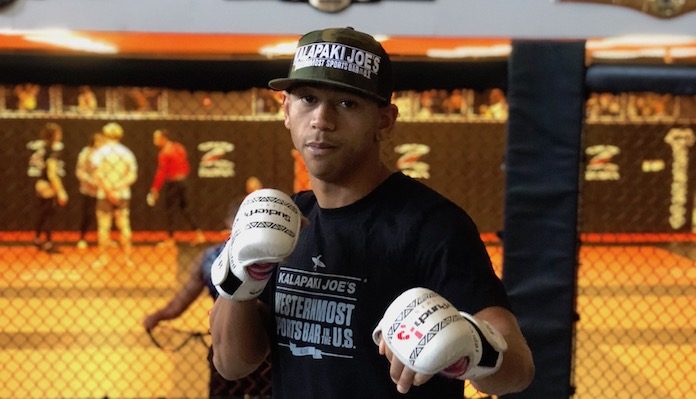 The bout will serve as both fighters promotional debuts.

The native of Kauai, Timothy Teves, recently spoke with BJPENN.com’s Chris Taylor about the exciting opportunity he has to showcase his skills in front of a massive audience on December 15.

“I am definitely excited,” Teves admitted. “But I’m trying not to let it get to me. I’m just trying to think of it as another day in there. I knew this time was going to come, so I am just embracing it all. I guess you could say I’m ready for it.”

Timothy Teves will be fighting Canaan Kawaihae on the prelims of an event headlined by undefeated Bellator women’s flyweight champion Ilima-Lei MacFarlane (8-0 MMA), who will be defending her title against Valerie Letourneau (10-6 MMA).

The 27 year-old, Teves, knows that McFarlane’s success and popularity is what opened the doors to Bellator Hawaii becoming a real possibility.

“I have to thank Ilima Macfarlane because if it wasn’t for her, none of this (Bellator coming to Hawaii) would be happening. So shoutout to Ilima Macfarlane for everything. Thank you for bringing Bellator to Hawaii.” 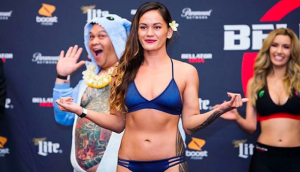 Timothy Teves and his Bellator 213 opponent Canaan Kawaihae have a bit of history and will be looking to finally settle their rivalry on December 15.

“We were supposed to fight a few times already, in these small shows in Hawaii. It never happened. He’s a black belt in jiu-jitsu and just fought on the UFC contender series. He lost. It was a tough fight between him and another jiu-jitsu product going at it.”

“Anyway, the title that I hold, which is the X1 featherweight title, was the title that he held before he went on to the contender series. So he vacated the title and I won the title. So there is a little back story to this fight. It’s kind of cool I guess. I mean it is a fight Hawaii fans have been wanting to see for a very long time. Because they claim he is the best 145er, aside from Max Holloway, in Hawaii. But I hold the title of the biggest promotion in Hawaii right now. So I am the best featherweight. That is how I feel. Obviously he feels differently. So we are finally going to settle this once and for all on December 15.”

Having trained with Kawaihae in the past, Timothy Teves is confident he can earn a finish at Bellator 213.

“I have actually trained with (Canaan Kawaihae) before. I went to his gym, I would say about two years ago and we trained. I beat him in the gi, tapped him out with an armbar. I mean he is a very well rounded fighter, but either way it goes, I am going to be bigger stronger and faster. That’s just it. I plan to keep it standing and finish him on the feet. If not, I will take him down and ground and pound him for the finish.”

As expected, Timothy Teves has received a ton of local support for his well deserved opportunity at Bellator 213.

“There has been a lot of local support for this fight. I am being sponsored for the fight by a local company called Kalapaki Joe’s. I will be wearing the Kalapaki Joe’s logo on my shorts and their hat when I walkout. So shoutout to those guys. That is where a lot of people will be watching my fight back in Kauai. Anyone who is not going to be able to make it to the actual event will likely be at Kalapaki Joe’s as they will be streaming the event live for the people.”

Fighting on home soil is nothing new for Teves. The product of Kauai made his professional debut under the Just Scrap banner.

“I fought in Just Scrap in my pro debut, JD Penn’s show. I did good. I was actually getting beat in the first-round but came back and got the TKO victory in round two. So I got the finish, and it was in the other guys hometown. It was a big fight. We were actually the main event on the show.”

Timothy Teves has been training at altitude in New Mexico for his Bellator 213 fight with Canaan Kawaihae. A move he believes will pay dividends on December 15.