The Russian is set to return tomorrow night at Bellator 288 against Corey Anderson. The bout will be a rematch of their first encounter from April, in the finals of Bellator’s light-heavyweight Grand Prix. In their first bout, ‘Overtime’ was dominating en route to a no-contest after a third-round headbutt.

Years before the FedorTeam product was a Bellator champion, he was a prospect in RIZIN. In 2015, Nemkov entered the Heavyweight Grand Prix, making it to the semifinals. There, he met future UFC light-heavyweight champion, Jiri Prochazka. ‘Denisa’ won by first-round stoppage.

Seven years later, that defeat is still fresh in Vadim Nemkov’s mind. At Bellator 288 media day, the light-heavyweight reflected on the loss to Jiri Prochazka. There, Nemkov noted that he’s been following his former opponent’s career closely.

The Russian admitted that he’s glad he shared the ring with the future UFC champion. Nemkov also voiced his want for a possible second clash somewhere down the line. 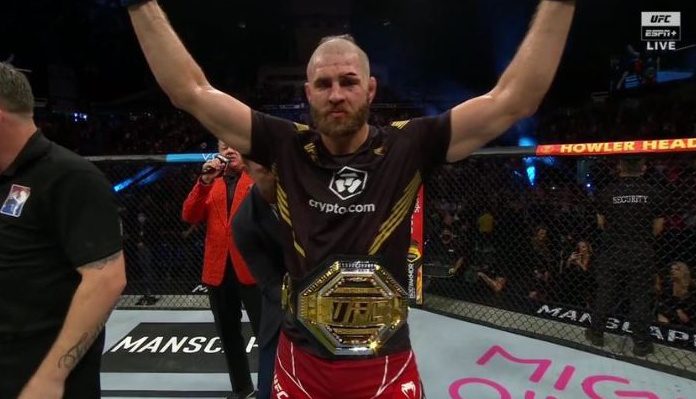 “I watch his fights,” revealed Nemkov during Bellator 288 media day. “I keep an eye on everything that happens in the light heavyweight division. I’ve been keeping up with his career, and I’m glad we fought in the past. We had an interesting fight.”

When does Jiri Prochazka fight next?

For his part, Jiri Prochazka is set to return at UFC 282 next month against Glover Teixeira. The bout is a rematch of their incredible first outing in June. In that first clash, Prochazka pulled off a shocking fifth-round submission to claim UFC gold.

Ahead of the rematch, the UFC champion has revealed that he locked himself in a dark room for days with no food. It seems safe to say that Prochazka is taking the second clash seriously.

What do you make of these comments? Would you like to see the rematch in the future? Sound off in the comment section below PENN Nation!

This article appeared first on BJPENN.COM
Previous articlePaige VanZant slated to return to BKFC ring on February 27th in New Mexico
Next articlePatricky Freire relishing in underdog status against Usman Nurmagomedov at Bellator 288: “It motivates me a lot”
© Newspaper WordPress Theme by TagDiv