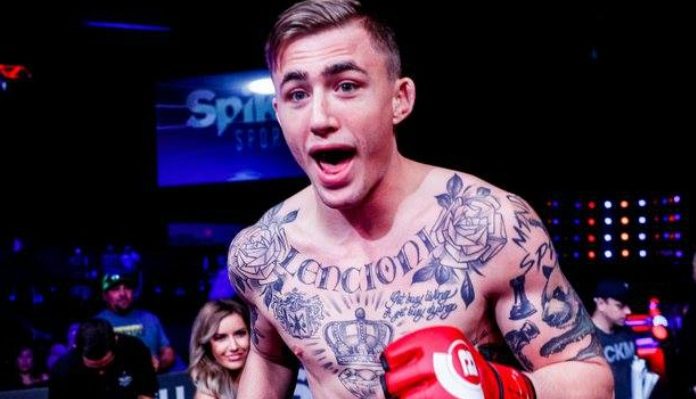 Stacking up a card is nothing new in MMA. Promotions do it more often than not and it’s always to the fans’ satisfaction. While still in its infancy, Bellator 221 is beginning to form and take shape throughout its entirety.

FloCombat reported yesterday that a featherweight scrap between Adil ‘Gloryboy’ Benjilany (5-1) and Cris ‘Sunshine’ Lencioni (4-2) has been added to the May 11 event live from the Allstate Arena in Rosemont, Illinois. BJPenn.com has confirmed the news.

For the man known as Sunshine, he will be looking to rebound off a two-fight skid since joining the promotion in 2017 where he would successfully make his debut with a triangle choke victory over Thomas Lopez in the first round.

The Gracie-Barra Portland product has showcased his grappling skills in most of his fights throughout his professional and amateur career as he has eight wins by submission (three pro, five ammy).

When asked for comment about the match-up, Sunshine had the following to say.

“I don’t know, I’m fighting some guy named ‘Advil Bengay,’ and all I know is he’s gonna need it after I’m done with him,” Sunshine told BJPenn.com.

Despite his last loss coming to the highly touted Tywan Claxton, Sunshine remains the only fighter to not be finished by Claxton out of Claxton’s four pro victories.

As for Morroco’s Benilany, this will mark his third appearance inside the Bellator cage as he looks to extend his current winning streak to six straight.

Benjilany’s most recent victory came at Bellator 210 in November 2018 when he finished Daniel Carey with strikes in the second round. It was Benjilany’s fourth victory by KO/TKO.

Expect more exciting match-ups for the already fantastic Bellator 221 card. The current line-up can be seen below.