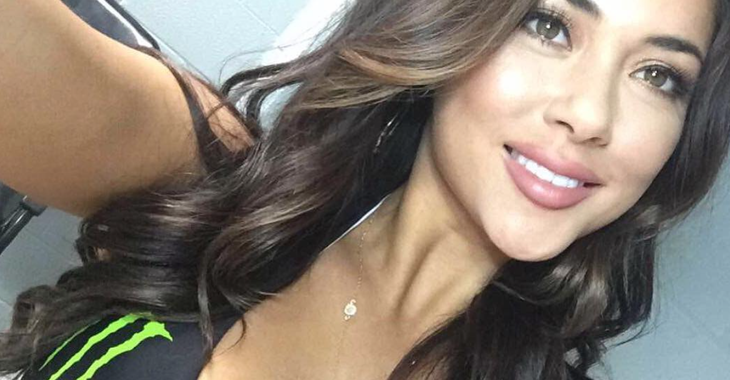 There are surely some guys that will be heartbroken when they hear that UFC Octagon girl Arianny Celeste was seen recently putting on some public displays of affection while out on a date.

According to TMZ, Celeste was seen at Universal Studios Saturday night for Halloween Horror Nights with famous rapper Tyga. Tyga used to be in a relationship with Kylie Jenner, who recently has been buzzing in headlines with news of her being pregnant with rapper Travis Scott.

Witnesses told TMZ “they were showing major PDA — he wrapped his arms around her waist and she was holding onto him walking through the mazes.” TMZ reported that Celeste and Tyga have been “hanging out but are not exclusive.”

Celeste has been working on a new endeavor in her career as a singer and perhaps a music collaboration between the two will come in the future, but this is just speculation at this point.

Arianny Celeste made her debut with the UFC as an Octagon girl way back in 2006 at The Hard Rock Hotel & Casino in Las Vegas. Now, over a decade since making her UFC debut, Celeste is one of the most familiar faces in the mixed martial arts promotion and has gained a ton of fans along the way. What are your thoughts on the reported relationship between Arianny Celeste and Tyga? For the fans that are hoping they still have a chance of taking Celeste out on a date, there is still hope in this world as the two are not exclusive at this point so you can keep those dreams alive.