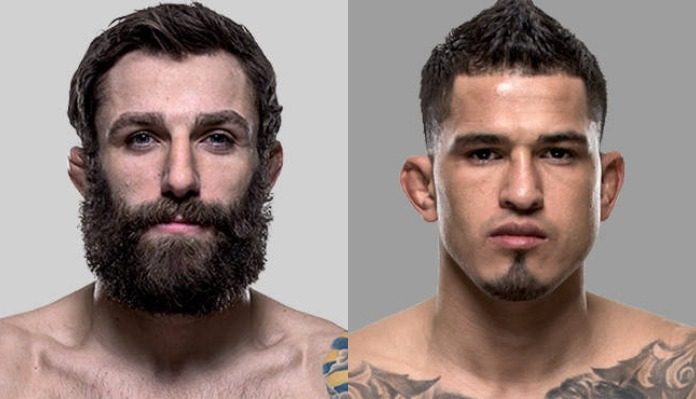 If things had gone according to the original plan, Michael Chiesa would have collided with former UFC lightweight champ Anthony Pettis at UFC 223. Regrettably, this plan was foiled when Chiesa sustained several facial lacerations when Conor McGregor infamously threw a dolly through the window of the shuttle bus carrying fighters out of the Barclays Center.

The good news is that this fight has been rescheduled. Pettis and Chiesa are now set to meet at UFC 226 this July 7 in Las Vegas, Nevada.

This news was first reported by Ariel Helwani of MMA Fighting.

Chiesa will enter this contest having not fought since he experienced a controversial submission loss to Kevin Lee in June of 2017. This tough loss was preceded by three-straight wins: a submission of Beneil Dariush, a submission of Jim Miller, and a decision defeat of Mitch Clarke. Chiesa is 14-3 in sum.

Pettis, meanwhile, is a tough 2-5 in his last seven bouts. After losing the lightweight title to Rafael Dos Anjos, he experienced a pair of decision losses to Eddie Alvarez and Edson Barboza. He then rebounded with a featherweight win over Charles Oliveira, but subsequently returned to the loss column in a failed interim title fight with Max Holloway. Pettis then returned to his former haunts in the lightweight division, where he defeated Jim Miller by decision, and lost to Dustin Poirier by TKO. He’s 20-7 overall.