Uriah Hall has taken a shot at his previously scheduled opponent Yoel Romero, this while suggesting that their fight fell through in part to Jon Jones.

Hall was slated to square off with Romero in a middleweight bout at last month’s UFC Vegas 7 event. However, ‘The Soldier of God’ wound up withdrawing from the contest due to undisclosed reasons.

According to Uriah Hall, the reason Yoel Romero decided to pullout of their fight was due to Jon Jones decision to vacate the UFC light heavyweight title.

With ‘Bones’ out of the picture, Hall claims that Romero is now looking to make a run at light heavyweight gold. 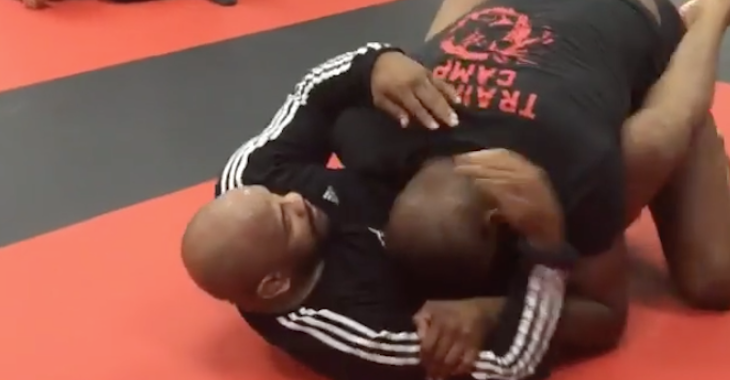 Hall responded to a fan on Instagram who expressed their disappointment that a fight with Romero had fallen through.

“FUCK THE RANKINGS IT’S A JOKE THERE’S NO WAY I’M GONNA SIT AROUND AND HAVE A BUNCH OF MOTHERFUCKERS THAT DON’T KNOW ME TELL ME WHERE I AM “RANKED” AND I WILL FIGHT THAT BITCH HE PUNTED OUT BECAUSE HE KNEW I WAS GOING TO DESTROY HIS ASS THE ONLY REASON WHY HE DIDN’T WANT TO FIGHT ME BECAUSE JONES LEFT THE LIGHT HEAVYWEIGHT BELT SO HIS BITCH ASS DECIDED TO MOVE UP” – Uriah Hall wrote (via LowkickMMA).

Despite losing out on the Romero fight, Hall has been booked against another stellar opponent in the form of former UFC middleweight kingpin Anderson Silva.

‘Prime Time’ and ‘The Spider‘ are set to throw down in a highly anticipated middleweight match-up on October 31.

As for Yoel Romero, the former middleweight title challenger has yet to formally announce his move to light heavyweight. As of now, the Cuban standout is still waiting his next assignment from UFC officials.

What do you think of Uriah Hall suggesting that Yoel Romero pulled out of their scheduled fight due to Jon Jones vacating the promotions light heavyweight title? Share your thoughts in the comments section PENN Nation!

This article first appeared on BJPENN.com on September 25, 2020