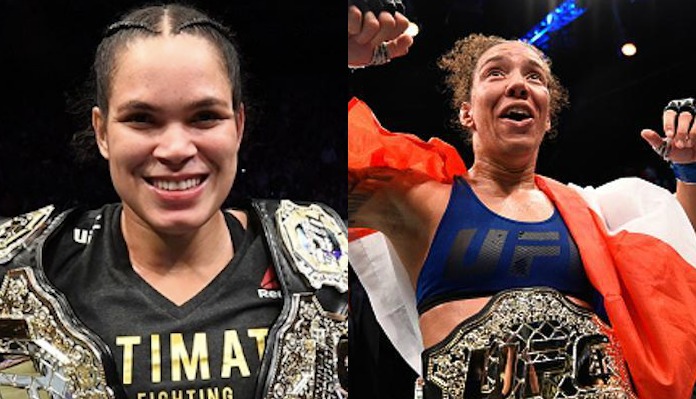 Nunes had most recently defended her bantamweight crown at July’s UFC 239 event in Las Vegas, where she scored a TKO victory over former champion Holly Holm.

Tonight’s highly anticipated women’s title fight proved to be a one sided affair. Although Germaine de Randamie had her moments, which included landing a question mark kick and securing a very tight guillotine and armbar, it was Amanda Nunes who dominated the duration of this twenty-five minute scrap.

After five rounds of hard fought action, most of which was spent on the canvas thanks to the takedowns of Amanda Nunes, ‘The Lioness’ was awarded a unanimous decision victory from the judges in attendance.

Check out how the pros reacted tonight’s Nunes vs. De Randamie fight below:

Painful watching GDR not being able to stuff even 1 takedown

That was painful all around

Who would you like to see Amanda Nunes fight next following her decision victory over Germaine de Randamie at tonight’s UFC 245 event in Las Vegas? Sound off in the comment section PENN Nation!