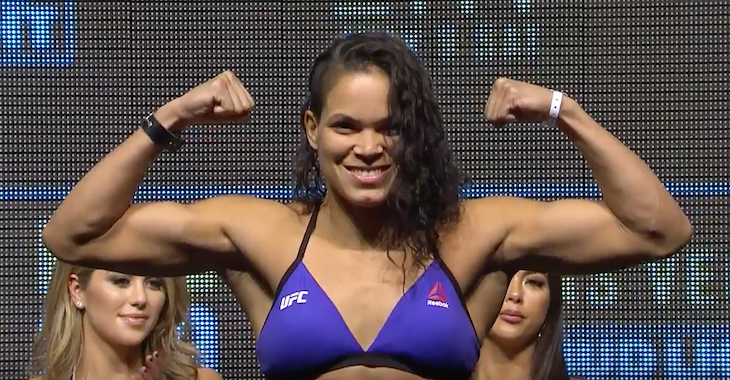 Saturday night in Las Vegas, Amanda Nunes and Miesha Tate stepped in the Octagon to square off in the UFC 200 headlining bout. Nunes went on to shock the world as she rocked Tate in the first round, and then proceeded to submit the champ to win the UFC women’s bantamweight championship.

The newly crowned champ is enjoying being champion so much that she even slept with the championship belt!

Check out the picture below:

Good morning. Since saturday I have been getting the best sleep #champion #ufc200 @AmericanTopTeam pic.twitter.com/58GObN2gUa

So far there has been no word on who Nunes will defend her belt against first, however there has been talk of Nunes fighting Juliana Pena, who defeated Cat Zingano on the prelims of UFC 200.

Who do you want to see Nunes defend the belt against first? Sound off below PENN Nation!