Aljamain Sterling trashes USADA for failing to catch T.J. Dillashaw: “I thought they tested for everything”

Aljamain Sterling is set to defend his bantamweight title against T.J. Dillashaw at UFC 280 on October 22nd. And while both men are extensively tested by USADA under a program designed to weed out performance enhancing drug users, Sterling believes Dillashaw is still cheating.

Dillashaw was famously stripped of his 135 pound title after testing positive for EPO, an erythropoiesis-stimulating agent that increases the amount of red blood cells in your body, improving stamina and performance. T.J. was suspended for two years over his EPO use, but Aljamain Sterling recently pointed out it wasn’t USADA that caught him.

“I mean, we are tested so carefully,” Sterling said in an interview with Yahoo! Sports. “For how many years he didn’t get caught? He got caught by the New York State Athletic Commission. There’s a big difference from getting caught from USADA.”

“USADA’s thing was that testing for EPO was too expensive,” he continued. “This whole time, I thought they tested for everything. They were pretty much only testing for steroids. So there’s no guarantee that this guy’s been doing it the right way ever.”

“I know that he’s being tested but USADA wasn’t the one that caught him. So what the hell is the difference between then and now.”

To make things more interesting, T.J. Dillashaw’s EPO use was something of a known secret in his old Team Alpha Male camp. His former rival Cody Garbrandt alluded to Dillashaw’s EPO use even before the NYSAC commission caught him for it. When T.J. claimed the failed test was due to a medication called Procrit to aid with anemia issues caused by his weight-cut to 125 pounds, ‘No Love’ went off.

“This is some bulls–t,” Garbrandt wrote on an Instagram Story. “Been on EPO for years, wouldn’t be half the fighter he was without it. Coward!”

If that’s true, then whatever USADA is doing to catch EPO users clearly isn’t working. According to Dillashaw himself, USADA took all his old blood samples from past tests and checked them specifically for EPO.

“People can go say whatever they want, and more power to them, that’s the decision I made, but USADA actually put me under a microscope after I got in trouble, man,” Dillashaw said on an episode of Food Truck Diaries. “They went back to all my fights that they ever collected my samples and retested all of them all the way back to my Assuncao fight after Cruz because they keep an A and B sample every time you get tested.” 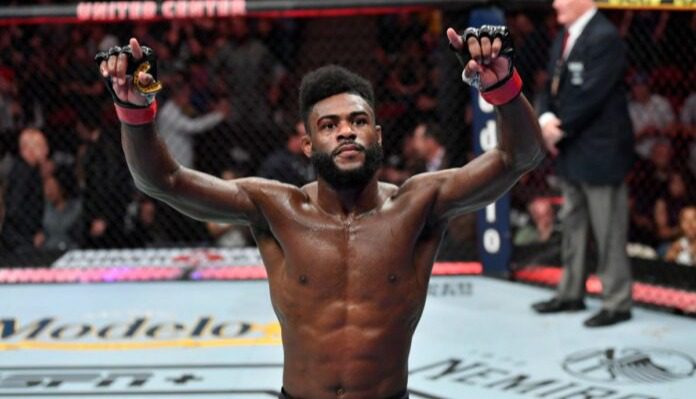 So it seems like even with extensive random USADA testing, fighters are still left wondering whether their opponents are getting away with using performance enhancing drugs. Aljamain Sterling will have to face T.J. Dillashaw in the cage without knowing for sure that he’s fighting a clean opponent.

Do you believe T.J. Dillashaw, PENN Nation? Or do you think Aljamain Sterling has good reason to be suspicious of his UFC 280 opponent? Let us know in the comments!