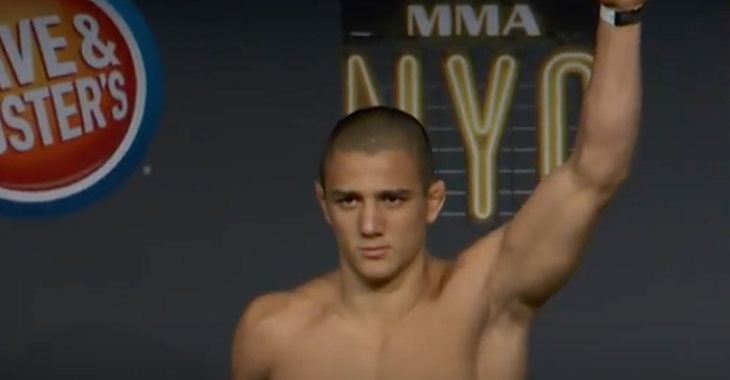 Highly touted prospect Aaron Pico returned to the cage tonight where he squared off with Justin Linn on the main card of Bellator 183.

Round one begins and Pico is able to secure the early takedown just twenty seconds into the fight. Pico with some solid punches from the top. He is staying active here. Linn scrambles up to his feet. Justin begins sneaking in some bombs of his own now. The fighters exchange shots and then Aaron shoots in and secures another takedown. Pico with some shots from the top. He postures up and motions Linn to stand back up. Justin does and we are back to standing. Pico lands an absolute bomb of a left hand and this one is all over as Linn crashed to the floor. WOW!