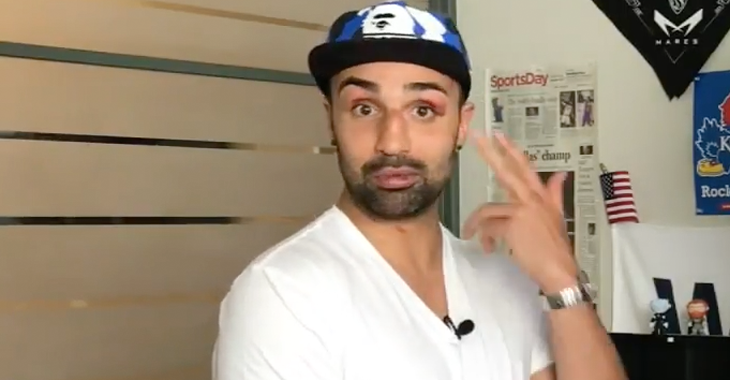 Late yesterday evening, UFC president Dana White shocked the combat sports world when he released the video of the “knockdown” which took place during Conor McGregor’s sparring with Paul Malignaggi.

Just in case you have been living under a rock for the past couple of weeks, let’s take a look back at how all of this madness came to fruition.

The “Magic Man”, Paul Malignaggi, was brought in by Team McGregor as a sparring partner in order to help Conor prepare for his August 26 boxing match with undefeated legend Floyd Mayweather.

After being involved in two hard sparring sessions with “Mystic Mac”, Malignaggi talked to ESPN’s Brett Okamoto and revealed that no knockdowns had occurred in his sessions with McGregor.

Shortly after his conversation with ESPN, someone from Team McGregor leaked photos which showed Paul Malignaggi laid out on the boxing ring canvas with Conor McGregor standing over him.

A frustrated Malignaggi immediately defended the leaked images, stating that they were from a push down which occurred during his final round of sparring with McGregor.

With his trust in McGregor now broken, the former two-weight boxing champion officially left the Irish stars camp citing a lack of ethics from Team McGregor as the reason for his sudden departure.

Following his departure from the camp, a frustrated Malignaggi began to release some information from his sparring sessions with “Mystic Mac”.

Then, just when things appeared to be cooled down with the situation, UFC President Dana White poured gas on the smoldering fire by releasing footage of the now infamous knockdown.

Malignaggi immediately took aim at Dana White following the release of the “knockdown” video, blasting the UFC President with the following message.

@danawhite you bitchass you were actually there and saw all 12 rounds. Really you fuckin cue ball ass fraud? Kissin my ass after the 12rds.

“@danawhite you bitchass you were actually there and saw all 12 rounds. Really you fuckin cue ball ass fraud? Kissin my ass after the 12rds.”