The Iranian Hulk is saying his family disowned him following the humiliating staredown with Martyn Ford. The two men have gone viral as a result of their phenomenal physiques and will attempt to prove they can ‘walk the walk’ after ‘talking the talk’.

It all came about during a face-to-face special media event in Dubai, a prelude to their upcoming match in London. While promoting their upcoming fight Ford sent the Iranian Hulk flying with a ‘push‘ following an intense face-off.

In speaking with ‘Talk Sport’, Gharibi commented (with tears) on the Dubai exchange saying that he cannot call his family or return home to his family:

“I can’t talk to my father and my mother, when I spoke to her, she said: ‘The person in this video that I saw was not my son, my son is way stronger than this’. It hurts my heart when I can’t talk to my family. I have lost my pride and I am destroyed.”

“How can I explain? They deceived me and I fell to the ground. My family said that you will go there and finish him. They expected the other way around. How can I sleep or get any rest? I personally feel very bad and I cannot sleep but I am now taking sleeping pills.”

“I am asking the question if he genuinely wants to fight me? Because I don’t want to step in the ring and be perceived as a bully and seen as intimidating someone who hasn’t put the same work in as I have. I expect if he is serious about fighting then he gets his ass into gear because I don’t want to disappoint people at the event.” 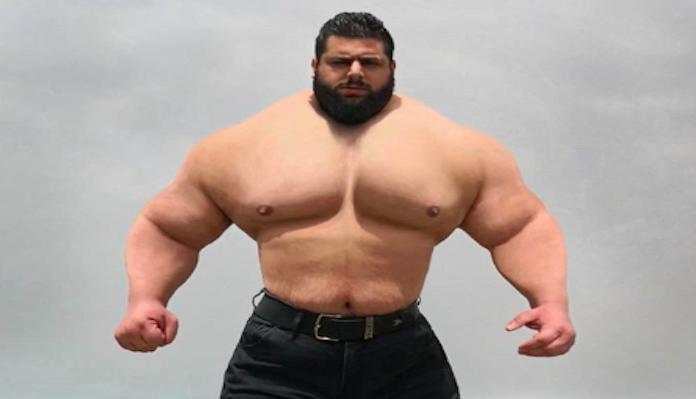 Sajad Gharibi (The Iranian Hulk) is booked to compete against Martyn Ford on Saturday, April 30, 2022 inside the O2 Arena in London, England. The main event clash will take place over four two-minute rounds and has been sanctioned by the Professional Boxing Association.

Will you be watching on April 30th & who do you think will come out victorious?

This article appeared first on BJPENN.COM
Previous articleDerek Brunson shoots down challenge from Paulo Costa: “Focus on your own weight class, you’re a heavyweight”
Next articleUFC 273 lineup official with a total of six bouts on the main card
© Newspaper WordPress Theme by TagDiv