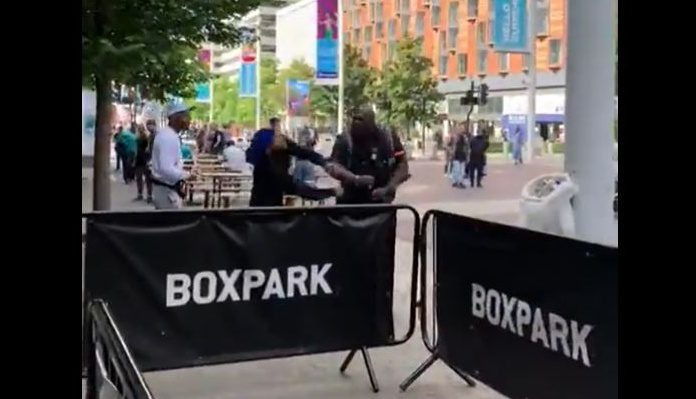 Francis (23-24-1 Boxing), who squared off with Mike Tyson in 2000, is now working as a security guard at BOXPARK Wembley. As seen in the video below, Julius decided to utilize his former craft while dealing with an irate individual who was threatening some of his co-workers.

The perpetrator, a man in a blue du-rag, was yelling obscenities at other members of the security staff. After he began lunging at individuals and screaming out threats, Julius Francis decided it was time to put an end to the shenanigans.

Check out the footage below courtesy of Michael Benson on Twitter:

Francis, 57, last competed in the squared circle in 2006, suffering a points loss to Scott Lansdowne.

Julius Francis also competed against the likes of Vitali Klitschko and Mike Tyson during his pro career, but ultimately suffered second round knockout losses to both men.

As expected, it did not take long for the knockout video to go viral on social media. If you would like to see what Francis looked like as a boxer during his prime, check out the footage below of him fighting Danny Williams.