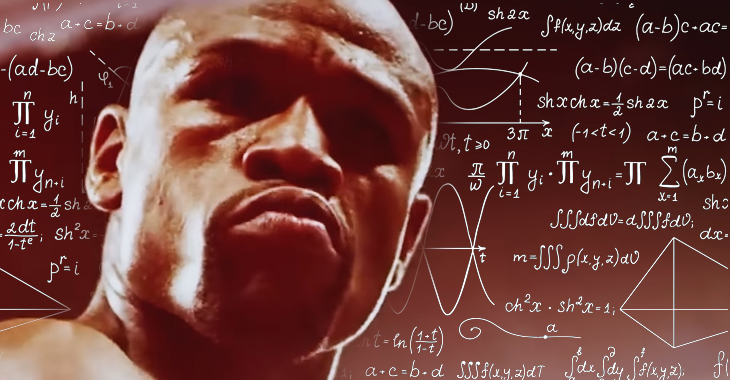 While a constant double-edged sword, the internet is a wonderful tool. Since the announcement of Conor McGregor vs. Floyd Mayweather, the gears have been turning and steam blowing out of everyone’s hard drives. You could waste an entire year of your life perusing through all the hot takes involving this freak show boxing bout. Anyone can waste their time debating a faceless avatar on Twitter on the nuances of upcoming fight, but some put their time to good use. An R/MMA user on Reddit named Trap_City_Bitch analyzed the stats through the last 10 of Mayweather’s fights, resulting in some simply intimidating numbers. 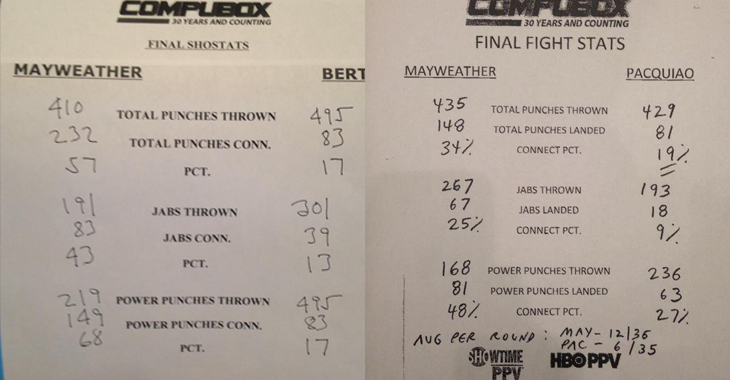 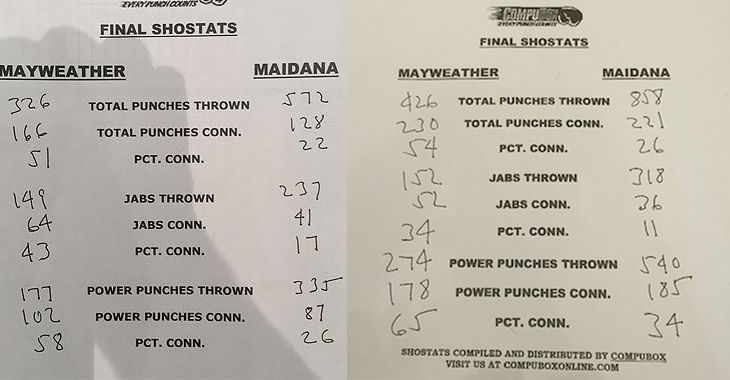 The pictures and stats go on and on in this Imgur thread, but we’ll save you some time. The Reddit user found that in Floyd Mayweather’s last 10 fights, his opponents collectively threw 5150 strikes at Floyd, only 1035 (20%) connected. Think about that for a second. Break a calculator up if you need to. While it’d be cool for Conor McGregor to throw a hail Mary missile launcher of a left and knockout Mayweather, the best boxers in the world tried and could never do it. Maybe with the change in glove size, McGregor can break Mayweather’s hand on his giant Irish head and win the biggest upset in the history of combat sports.