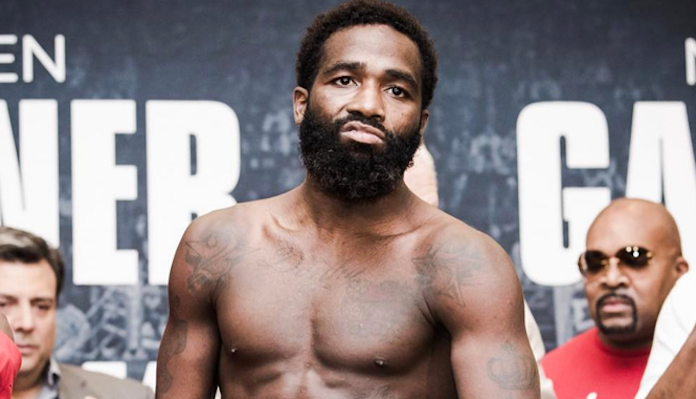 Adrien Broner was arrested and taken away by police during yesterday’s Deontay Wilder vs. Tyson Fury 2 weigh-in at MGM Grand Garden.

TMZ Sports was first to report the news and actually caught video of the incident.

The 30-year-old, Broner (33-4-1), was reportedly cuffed and taken away by Las Vegas Metro Police after refusing to leave the property of the MGM Grand.

Apparently, back in November of 2019, Adrien Broner was told twice that he was not allowed to visit the Las Vegas property. The reasons behind Broner’s ban remain unknown at this time, but clearly that didn’t stop the Cincinnati native from attempting to take part in yesterday’s Wilder vs. Fury 2 weigh-in.

Broner was asked it leave the property by hotel management. When he refused to do so, he was detained by hotel security until law enforcement arrived on the scene.

TMZ reports that Adrien Broner was taken to the county jail where he was processed, before being released with a misdemeanor citation.

Broner has not stepped foot in the ring since suffering a loss to boxing legend Manny Pacquiao thirteen months ago.

If “AB” wants to watch tonight’s highly anticipated Deontay Wilder vs Tyson Fury rematch, his safest bet will be to do so on ESPN+.

Fury and Wilder first met in 2018 and after twelve rounds of action the bout was ruled a draw. Both men have promised a knockout ahead of tonight’s rematch, so hopefully fight fans will get the decisive finish they so desire.

What do you think of Adrien Broner being arrested and removed from the Wilder vs. Fury 2 weigh-ins yesterday in Las Vegas? Sound off in the comments section PENN Nation!