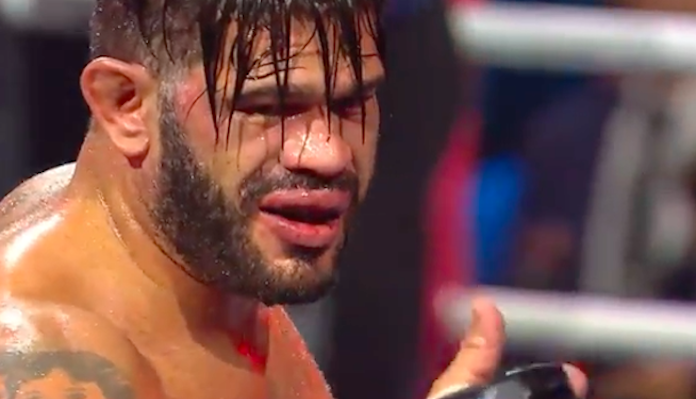 Former UFC heavyweight Antonio Silva has issued a statement following a KO loss to Gabriel Gonzaga at BKFC 8, criticizing keyboard warriors for their negative comments in the wake of yet another knockout loss.

The man they call “Bigfoot” issued a video statement on his Instagram page in Portuguese. BJPenn.com has translated the interview and given an account of what Silva said in English.

Check out the full statement from Silva below.

“Hey guys, just wanted to congratulate my fighting partner/friend Gabriel ‘Napao’ that had a clean fight, an honest fight and got a positive result. Congratulations to him, no excuses, keep your head up and keep looking forward and keep going. I wanted to say this, you only get this mark here, when you’re on that ring in the Octagon. Whoever sits behind a computer criticizing will never get this taste, will never feel this adrenaline. Awesome. Once again, congratulations Gabriel ‘Napao’ now lift your head up. Keep training and keep going. Oss.”

“My father taught me one thing, ‘never give up’ …God is in charge of everything.”

This latest knockout loss promoted fans, media and other fighters to encourage Bigfoot to retire. The Brazilian veteran went 1-8, 1 NC in his last 10 MMA fights with seven knockout losses, and he has since suffered knockout losses in GLORY kickboxing and now in BKFC.

Many of those who have criticized Silva seem to have done so out of respect for the fighter’s health and safety, but clearly Silva wants to continue to fight, and as long as athletic commissions continue to clear him, he will continue to step into the ring or cage.

What do you think of this statement from Antonio Silva?