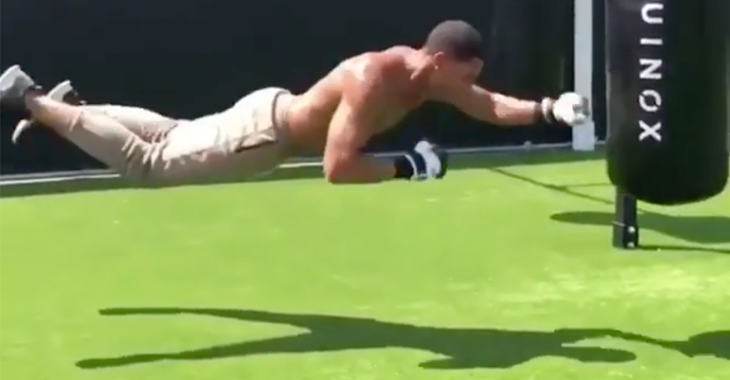 Humans are capable of some amazing things.

Take this training video of Ryan Klarenbach for example. Klarenbach puts on an insane display of athleticism in this training video that even the most athletic fighters in mixed martial arts would probably tip their hat to. Although a lot of the flashy flips and hops may not necessarily translate to techniques in mixed martial arts, there is no doubt that Klarenbach has put in hard work and dedication to his craft, which is a common trait of successful athletes.

Think you are capable of pulling of this sort off workout and performance? Let’s take this to the comment section and discuss how you think an athlete like this would do in mixed martial arts if given some proper MMA training.