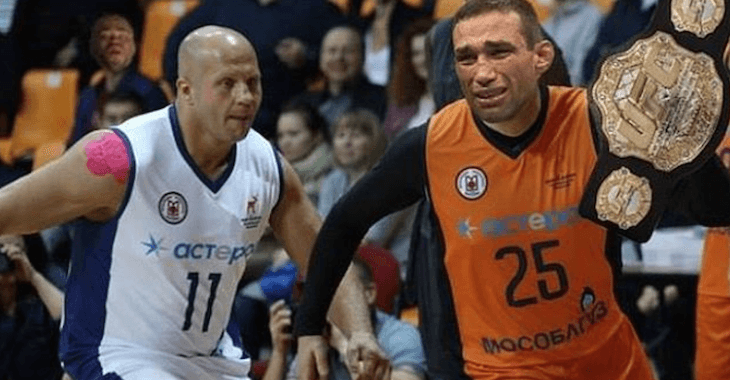 The champ has a win over the MMA legend, back in Strikeforce, and was hoping to get the chance to fight him again in the UFC. Fedor also expressed interest in fighting Werdum, which led many to assume he was open to finally going to the UFC.

As we all know, that didn’t happen. Instead Fedor will fight in the new Japanese organization, Rizin Fighting Federation.

Well the UFC champ took to Instagram and had a little fun, teasing Fedor with a hilarious photoshop.