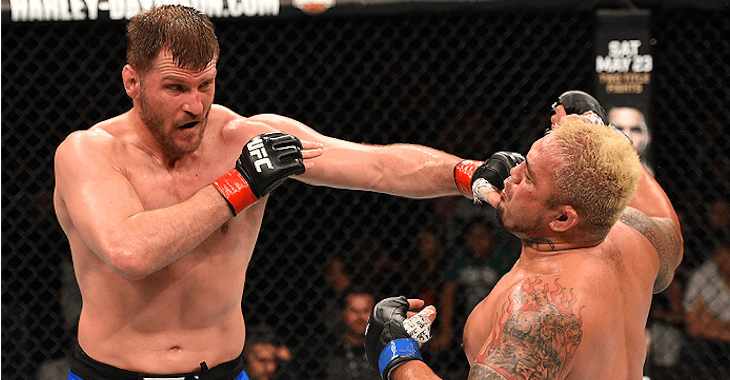 In some not so cheerful news today, it has been confirmed that UFC heavyweight Stipe Miocic is a no-go for his scheduled fight with Ben Rothwell, which was expected to go down next week at UFC Fight Night 76, in the co-headlining slot.

UFC officials confirmed the news, although there’s been no word on what the actual injury is. Miocic was going to fight Ben Rothwell, who earlier today Tweeted:

Apparently the UFC is currently searching for a last minute replacement, so we’ll keep you updated. Miocic is coming off of that dominate win over Mark Hunt, while Rothwell was going to come in with a three fight win streak.

Are you guys bummed this fight isn’t going down?