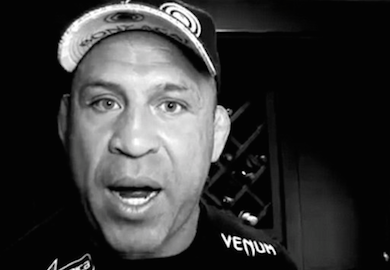 Chael Sonnen has definitely made some questionable statements about Brazil during fight promotions and Wanderlei Silva doesn’t want his fans to forget that fact.

‘The Axe Murderer’ recently went as far as to call his upcoming opponent a ‘racist’ on his official instagram account.

“This guy is a racist and he doesn’t deserve our respect. I wouldn’t be mad at him if I had no reasons to be. This is just one of the things he said about us. Now, if you want to cheer for him be my guest, you deserve my respect. I don’t agree with him and I think we should be united this time. We’re stronger together.”

The statement came with the following picture, showing a caption in Portuguese, translated to: “If they sell 100,000 tickets I hope they put them in a nice ball, turn them sideways and shove them straight up their a–,” it reads. “That’s what they can do with the Brazilian crowd.”