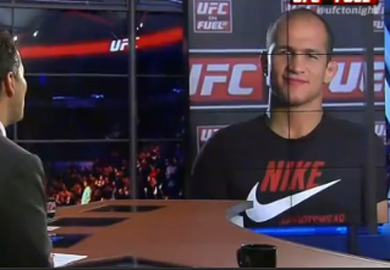 “I think he doesn’t deserve to fight for the title. You know this guy, everyone is just talking about him because he failed the drug test and he started to talk a lot of trash, so that is why people are talking about him. Well, his time will come.”

“I didn’t put Overeem over Cain because they are different. Cain is a real fighter and he sells his fights fighting. It is very different than Overeem. I said that, but it is not the same thing. I keep saying that he doesn’t deserve to fight for the title, but I would love to fight with this guy to put him in his place because I don’t think he is at the same level as me, Cain and other fighters.”