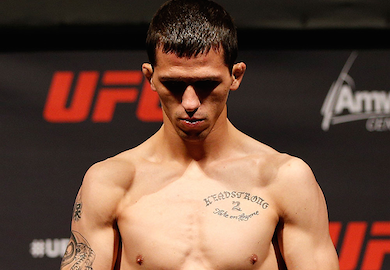 Alex White was a last-minute replacement for injured Mike Brown and he took advantage of the opportunity he was given. It took him less than a minute and a half to take the win back to his corner.

White marched down his opponent and dropped Payan with a straight left. Payan was propped up against the fence and White followed up with a series of right hands that were not defended. The referee pulled White off of his opponent to put an end to the fight, but Payan argued the stoppage. It was evident he was out of it and the stoppage was just.