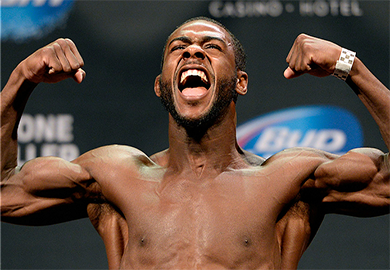 Aljamain Sterling completely outclassed Hugo Viana tonight in their bout at “UFC Fight Night 45”. Sterling showed rays of brilliance in his standup and grappling on the path to his TKO victory.

Sterling not only put on a great display of offense, but he did a fantastic job at neutralizing any form of offense Viana was trying to dish out.

Viana spent most of the last two rounds with his back on the mat, but he never gave up and continued to fight for positioning. These fights for positioning often led to scrambles that brought Sterling one step closer to finishing the fight.

Sterling was given full-mount after a scramble and he took his time picking shots. He caught Viana off guard with a flurry of punches and the referee threatened to stop the fight. Viana was simply covering up, not fighting back and the referee had no choice but to step in.

Aljamain Sterling def. Hugo Viana by way of TKO (Punches) 3:50 of Round 3