UFC Fight Night 44 Results: Ferreira Back to Winning Ways, Gets Win Over Craig 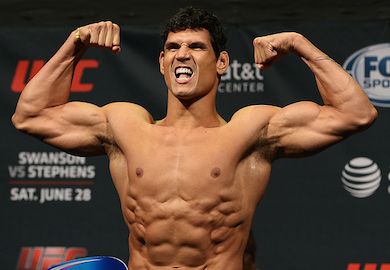 Cezar Ferreira jumped right back on his path of success tonight after his controlling performance over Andrew Craig. This middleweight contest was the fourth consecutive decision of the main card.

Ferreira was close to putting the fight away in the third round when he had the back of Craig, working for a rear naked choke. Trapped in a body triangle, Craig had nowhere to go and was forced to wait for Ferreira to give up positioning in order to escape. When Craig finally made it back to his feet he rocked Ferreira with a high kick and it looked like he could have finished the fight. Whether he was tired or unaware Ferreira was so badly hurt, Craig decided to sit back and let time expire.

It was no surprise when Ferreira was announced the winner.